The Gunners are desperate to land themselves a new left-back this summer after Arsene Wenger identified the position as a potential problem.

Arsenal target Paulo Dybala is expected to undergo a medical at Juventus ahead of completing a move to the Italian champions, the Daily Mail reports.

Wenger had been watching the Argentine all season alongside Chelsea and Man United, but all three now look set to miss out. 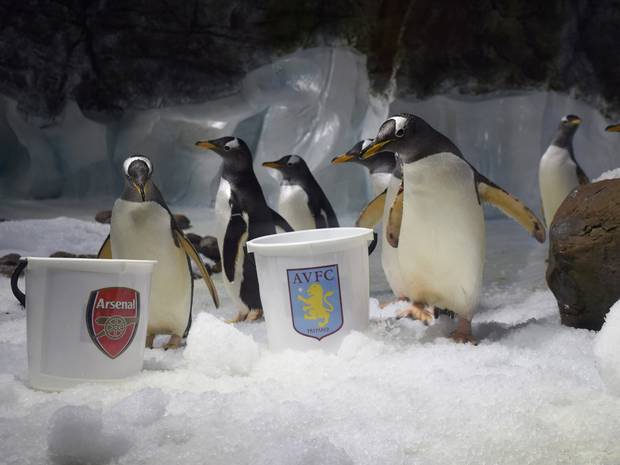 A ‘psychic’ penguin from the National Sea Life centre in Birmingham has predicted that Aston Villa will beat Arsenal in the FA Cup final at Wembley, The Independent reports.

The gentoo penguins at the National Sea Life centre in Birmingham are among the more reliable, having correctly predicted that England would have a poor World Cup campaign last summer.

Mathieu Flamini has insisted he’s happy at Arsenal and has no intention of leaving the club, the Daily Star reports.

The Frenchman has found his playing time limited this term, but has insisted he is happy at the club.

Both Theo Walcott and Jack Wilshere could be set to start from the bench as Aaron Ramsey and Olivier Giroud look to take their places in the squad.