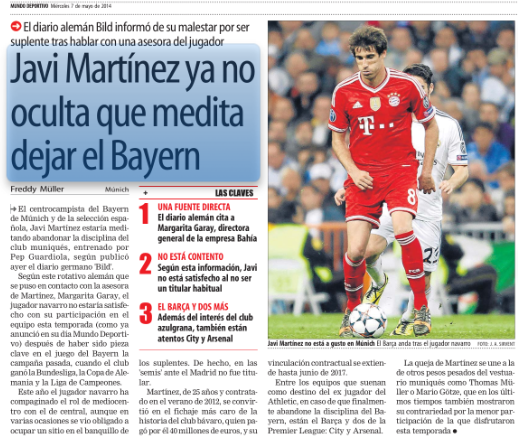 Injuries affected the first half of Martinez’s season, but since regaining his fitness he’s been by no means a guaranteed starter under Pep Guardiola, and has actually been used a central defender more often than he’s been playing in his preferred midfield role.

Last term, Martinez established a reputation as one of the world’s very best midfielders – starring in the Champions League winning side he joined for a club record £37m in summer 2012.

Martinez would not come cheaply however, although Manchester City have also mooted an interest in the Spanish international’s services.