Gunners midfielder hits the gym as he steps up return from latest setback.

Arsenal midfielder Jack Wilshere took to Instagram this week to give fans a glimpse into his recovery from his most recent injury.

The 22-year-old was ruled out for three months at the end of November after undergoing surgery on damaged ligaments in his left ankle. He sustained the injury in the defeat by Manchester United after a heavy tackle from Paddy McNair.

But Wilshere has moved to assure fans that his rehabilitation is on track as he works in the gym whilst wearing a protective boot.

He said: ‘Doing what I can I [sic] be back as soon as possible… #Grind #HardWorkBeatsTalent.’ 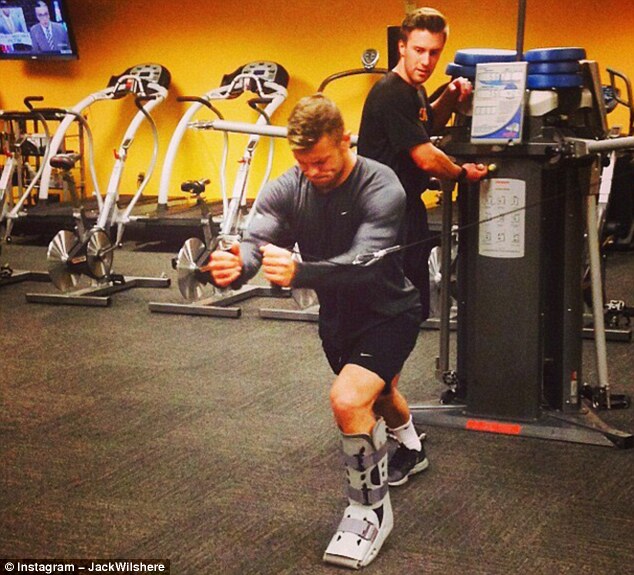