Seven players who will be allowed to leave the Emirates Stadium this summer.

The Daily Mirror reports that Arsenal are readying a mass summer clear out, as boss Arsene Wenger looks to free-up space on the wage bill for the arrival of Fiorentina striker Stevan Jovetic.

We name (and shame) those likely to be shipped out. 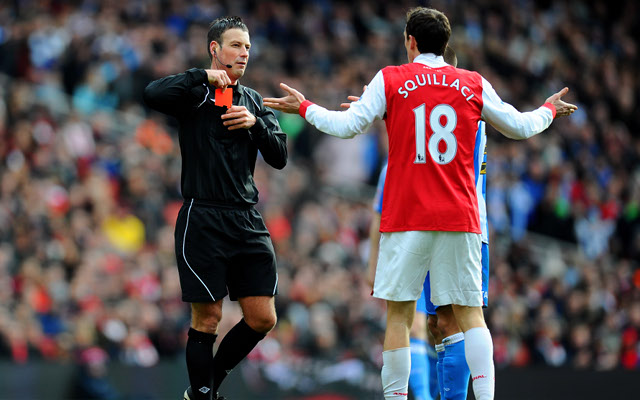 The French centre-half has made a grand total of…ONE appearance for the Gunners this season and, unsurprisingly, it was a 2-1 defeat at Olympiakos in the Champions League.

To be fair, Squillaci has managed just 21 Premier League appearances in nearly three years in north London and the hapless 32-year-old will be allowed to leave on a free transfer this summer when his contract expires… There have been some legendary Frenchman at Arsenal under Arsene Wenger; it’s safe to say Squillaci has not been one of them.