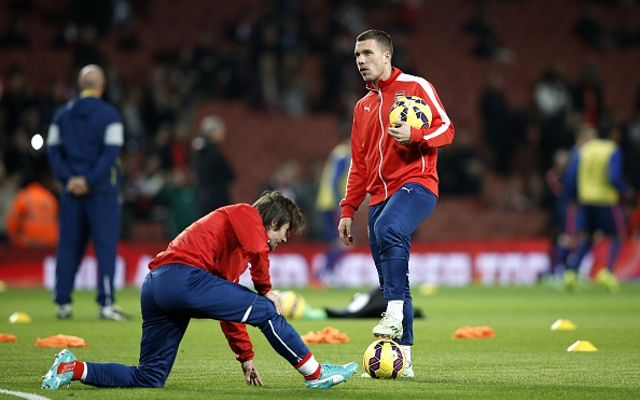 Arsenal forward Lukas Podolski has reportedly stormed out of training and will miss the Southampton game as he seeks to seal a January transfer move to Inter Milan.