Andre Santos is to return to Arsenal from Gremio after the Brazilian club admitted they are unlikely to keep the left-back.

Gremio signed the 29-year-old on loan in January but wanted Santos only as long as their participation in the Copa Libertadores continued.

The club were elimated in the last-16 by Santa Fe this weekend and the former Corinthians defender now looks set to return to the Emirates Stadium this summer.

It would be too expensive for Grêmio to renew his contract, he is a very expensive player.”

“We thank everything André Santos has done, but we will keep Alex Telles and Fábio Aurélio.”

It remains to be seen if Santos has a future in north London, however.

The former Fenerbahce man has struggled to cope with the pace of the Premier League after arriving from Turkey in 2011 and was vilified by Arsenal fans after asking to swap shirts with former Gunners captain Robin van Persie at half time during Man United’s 2-1 win over Arsenal last year. 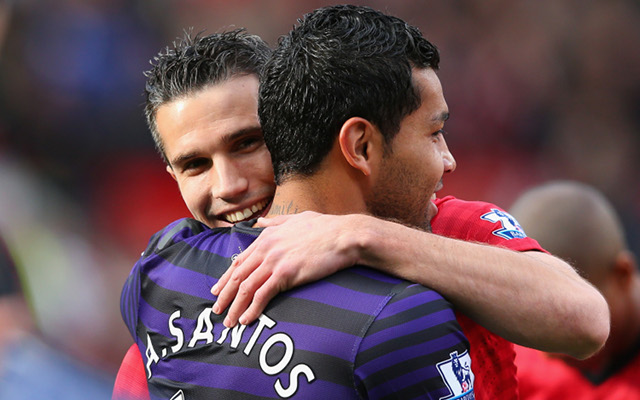