Dutch teen Donyell Malen appears to have a bright future ahead of him.  Will he emerge as a star at Arsene Wenger’s academy?

Arsenal have completed yet another surprise summer transfer, this time landing Netherlands teenage star Donyell Malen on a deal from Ajax.

According to the Metro, the Gunners have signed the 16-year-old Malen and have brought him on board on a scholarship contract – a deal which will become a professional contract as soon as he turns 17.

Malen has drawn rave reviews from agents and clubs alike, with his rep Mino Riola calling him a “phenomenal” prospect while Champions League champs Barcelona also pursued the Dutch wonderkid.

The Metro described Malen as a “fast and agile striker with an eye for the goal” – exactly the kind of player Arsene Wenger wants to groom for the future as he goes all-in to bring the Premier League title back to Emirates Stadium.

The 16-year-old Malen was the second-youngest member of the 2015 Netherlands national Under-17 football team, but the team failed to make it to the knockout stage of the tournament after recording three-straight draws in the group stage. 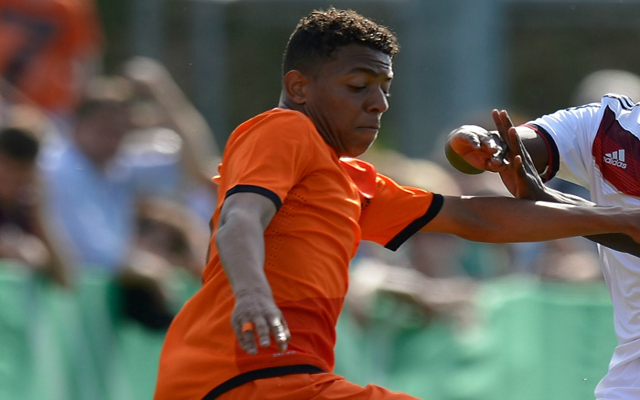