Arsenal are looking to Barcelona for one of their next potential signings as they are now reportedly targeting defensive midfielder Sergi Samper.

According to The Metro, the Gunners are hoping to close in on a deal for Samper within the next few weeks.

Arsenal boss Arsene Wenger is said to be planning to match the Barcelona midfielder’s release clause.

Although Barca are hoping to hold onto the 20-year-old, he is not being guaranteed a spot in the first team and could be tempted by a transfer.

Samper made four appearances for Barcelona during their 2014-15 Champions League triumph, but is not likely to usurp Sergio Busquets or Javier Mascherano in the near future.

Although his experience is extremely limited, Samper could be a diamond in the rough for Arsenal as he offers versatility.

The Gunners are apparently looking to upgrade both their midfield and defence, and the Spanish youth international is capable of playing in both positions. 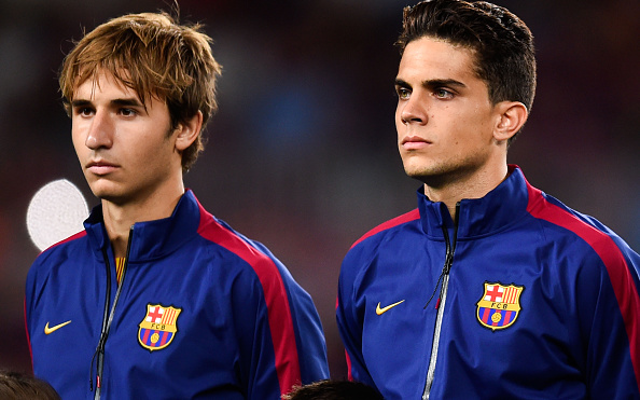