Anthony Martial will be on the back pages again tomorrow after he scored twice to inspire Manchester United to a come-from-behind victory over Southampton in the Premier League this afternoon.

The Frenchman, who netted on his debut against Liverpool last weekend after his £36m move from AS Monaco [fee reported by BBC Sport], cancelled out Graziano Pelle’s opener with this composed finish.

A second goal after the break was enough to earn the teenager a 9/10 in our player ratings from United’s 3-2 win at St Mary’s Stadium – with Pelle getting a late second after Juan Mata’s strike.

But who else stood out for Louis van Gaal’s men on the South Coast? Read fanatix’s assessment below…

The Spaniard made a couple of outstanding saves. The first one counted for nothing as Pelle converted the rebound, but the second from a Jose Fonte header was right out of the top drawer. He was also there for his side when Southampton applied some late pressure, tipping away Victor Wanyama’s curler. 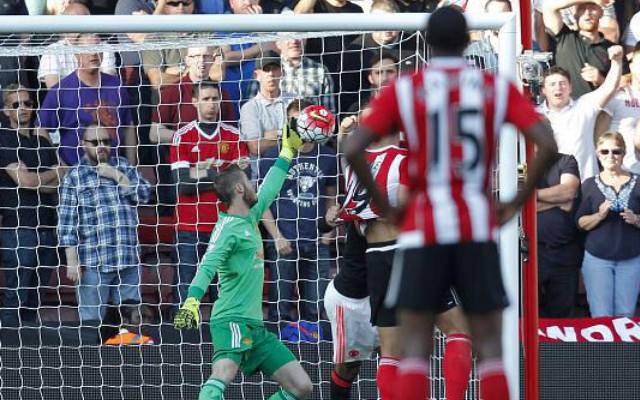 Southampton focused most of their attack down the opposite flank, but the summer signing from Torino was still substituted at half time for Antonio Valencia, with no sign of an injury.

The England international was the only member of the back four who finished the game in the same position at which he started. Solid again, but should have got closer to Pelle for the Italian’s header.

For the first time this season, the Dutchman’s physical weakness was truly exposed as Pelle bullied him in the opening 25 minutes. Southampton let him off the hook as they inexplicably changed tact, but Blind was still found wanting as he afforded Saido Mane too much room to cross for Pelle’s second.

The Argentine was starting his first game of the season in place of the unfortunate Luke Shaw. He often found himself overpowered by Pelle or outpaced by Mane and was hooked on 69 minutes.