A group of cheeky Canadian amateurs snuck into Chelsea’s team hotel and managed to sign John Terry and Nemanja Matic for their unknown club.

Thomas Brag, Ammar Kandil, Derin Emre and Matt Dajer – all strikers for Montreal-based FC Project 30 – learned that Chelsea were in town on their North American tour and hatched a plan to address their leaky defence. 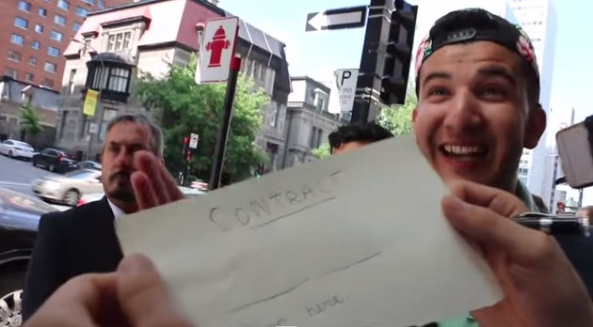 After security thwarted their attempts to sign up Jose Mourinho as tactical mastermind behind the new-look side, several of the lads managed to return to the hotel and land their desired targets.

As The LADbible reports, Matt distracted security pretending to be the agent of fictional footballer Oriol Gomeo, and Thomas pounced to seal the signatures of Blues captain Terry and midfield rock Matic.

Club spokesman Matt has since revealed that neither Premier League title winner turned up for their first day of training with FC Project 30.

Chelsea are based in Canada for their pre-season tour, but face New York Red Bulls, Paris Saint-Germain and Barcelona all on American soil before the end of July.