Loyalty is a rare trait in football these days.

And the departures of Steven Gerrard and Frank Lampard to the MLS this summer has seen the Premier League lose two of its longest servants.

But there are still those among the club-hoppers and money-grabbers who are committed to their team.

Here, fanatix lists the longest-serving player at each Premier League side. There are a few surprises!

Arsenal – Theo Walcott (2006) It only seems like yesterday that Walcott joined the Gunners as a fresh-faced 16-year-old, and was then the shock inclusion in England’s 2006 World Cup squad. After Abou Diary’s release, he is Arsenal’s longest servant and will celebrate a decade at the club next year. 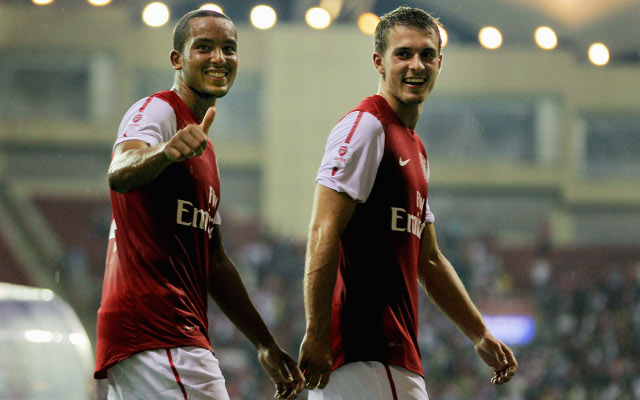 Aston Villa – Gabriel Agbonlahor (2006) Birmingham-born Agbonlahor broke through into the Villa first team in 2006 and scored on his debut – a 4-1 defeat to Everton. He is now one of the senior figures in Tim Sherwood’s dressing room.

Bournemouth – Jayden Stockley (2009) Bournemouth have had such a squad turnover in their rise up the divisions that 21-year-old Stockley is their long-serving player. He made his debut in October 2009, but only after he received permission to miss school.

Chelsea – John Terry (1998) The former England skipper has made over 650 appearances for the Blues and captained them to four Premier League titles. He is the longest-serving one-club man still playing in the Premier League and might just be Chelsea’s greatest ever player.