Adam Simpson has spoken of Lycett’s importance to the West Coast Eagles.

West Coast Eagles coach Adam Simpson has insisted that Scott Lycett is a valuable member of his squad, despite the fact the ruckman has been left out of the team to face Fremantle on Saturday.

The 21-year-old’s comes out of contract at season’s end, and there is speculation that current ladder-leaders Port Adelaide may make a play for the South Australian.

“He’s a very important player to us,” Simpson said.

“We’ve got big plans for him and we want him as part of our club and he understands and hopefully I’ve explained it well enough.

“No one wants to sit aside. But he has played every week and his body needs to be managed just as much as the others.

“He’s 21, so hopefully it’s just a part of his apprenticeship.”

The Eagles are well-stocked in the ruck department with Lycett having to battle with Dean Cox, Nic Naitanui and Callum Sinclair for a place in the side.

With Cox being rested for the past two games, Lycett was impressive and led some to call for the youngster to retain his place in the side.

However, Cox has been named to face Fremantle in the Western Derby, with Lycett dropped.

Simpson says its a matter of rotation, rather than form.

“It’s a management issue,” he said

“Cox has had two weeks break. His body is ready go. Scott’s played every week, not every game in the AFL, so had Cox two weeks ago and so has Nic.

“So we need to manage the three of them. We want to give opportunity to Cal Sinclair as well at some stage.

“As long their form warrants selection we’ll manage them that way for the rest of the year.” 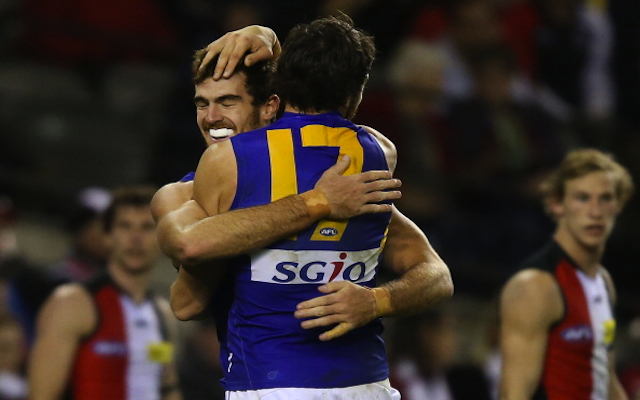