Shared points sees side from the nation’s capital remain at the top of their pool.

The ACT Brumbies survived intense second half pressure to cling on to a 19-all Super 15 draw with the Queensland Reds and stay top of the Australian conference in Brisbane on Saturday.

The Reds laid siege to the Brumbies try-line in the final quarter of a sparky Australian derby and drew level with a try by flanker Liam Gill four minutes from time.

Queensland overall spent 12:30 minutes in the Brumbies quarter during the match.

The Brumbies resolute defence was fully tested to preserve their two-point lead over the Reds at the top of the Australian conference and remain overall leaders in the Super Rugby standings.

It was the Brumbies second draw of the season after a 28-28 stalemate with South Africa’s Southern Kings in Canberra a fortnight ago. 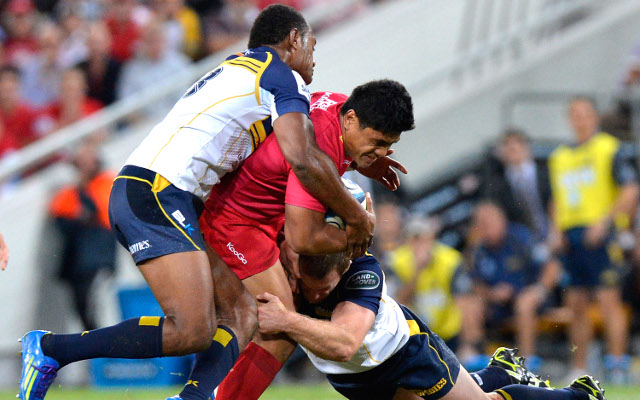 The Reds may claim a moral victory after outscoring their fierce Australian rivals three tries to one, with Christian Lealiifano’s goalkicking giving the Brumbies a share of the spoils with four penalties and a conversion from five attempts.

Such was the Brumbies’ desperation to repel the Reds that they had two players in the sin bin — Lealiifano in the 29th minute and replacement prop Scott Sio in the 69th minute.

The Reds trailed 13-7 at halftime after splitting tries with flanker Jake Schatz and Lealiifano.

But the Reds cranked up the pressure on the Brumbies in the second half with further tries to winger Rod Davies and Gill while Lealiifano kicked the visitors only points with two penalties.

“We’re pretty disappointed. We shot ourselves in the foot. We built pressure and then there were those little bits that we didn’t execute to get over the line,” Reds skipper James Horwill said.

“We executed the game plan we wanted to, but in the end it was that last pass and we let them off the hook a little bit along with a couple of silly penalties in the second half told on the scoreboard.” 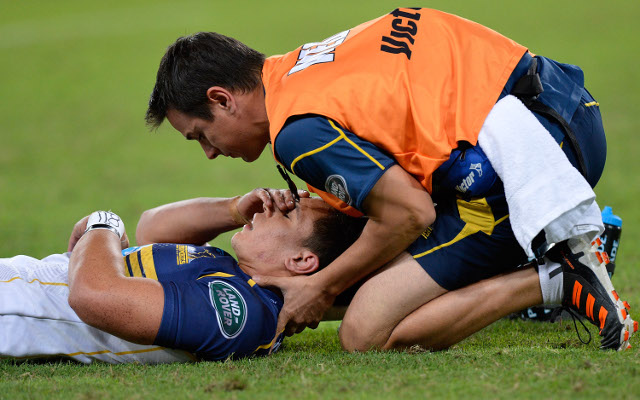 The Reds came close to scoring further tries with centre Anthony Faingaa tackled into the corner post and replacement prop Ben Daley held up over the try-line.

“There was a lot of grit to hold them out for as long as we did on our try-line, probably a little bit of ill-discipline cost us but it was just desperation coming out,” Brumbies skipper Ben Mowen said.

“That was by far the quickest game we’ve played this year and they’re the games you prepare for in the pre-season and you’re not going to get them unless you have legs to run in the end.

“We knew that there was going to be one or two moments that were going to decide the game and neither team got them.”

The Reds are at home to the Auckland Blues next Friday, while the Brumbies have another Australian derby against the Western Force in Canberra on Saturday