Chelsea have lodged an official complaint against referee Mark Clattenburg, accusing him of racially abusing midfielder Jon Obi Mikel in the 3-2 defeat by Manchester United.

“We have lodged a complaint to the Premier League match delegate,” said a Chelsea spokesman.

“The match delegate will pass the complaint to the Football Association.”

Referees’ organisation Professional Game Match Officials (PGMO) later issued a statement which said: “PGMO is aware of the allegations and they are being treated with the utmost seriousness.

“Mark will co-operate fully and welcomes the opportunity for the facts to be established.”

Clattenburg’s linesmen and fourth official are likely to be key witnesses in any case against him because all four officials wear microphones and ear pieces that allow them to hear what each other is saying throughout the match – although nothing said between them is recorded.

Chelsea were left furious with Clattenburg and his officials after the Blues finished the game with nine men, after Branislav Ivanovic and Fernando Torres were sent off – the latter harshly.

In addition, Chelsea are to investigate reports that a steward was injured by objects thrown from the crowd after Javier Hernandez’s winner for United – a goal that was clearly office.

The allegations against Clattenburg come after Rio Ferdinand and Ashley Cole, two players at the centre of the John Terry racism row, choose to shake hands before the match.

The accusations come just a week after talks were instigated for a Black Players’ Union. 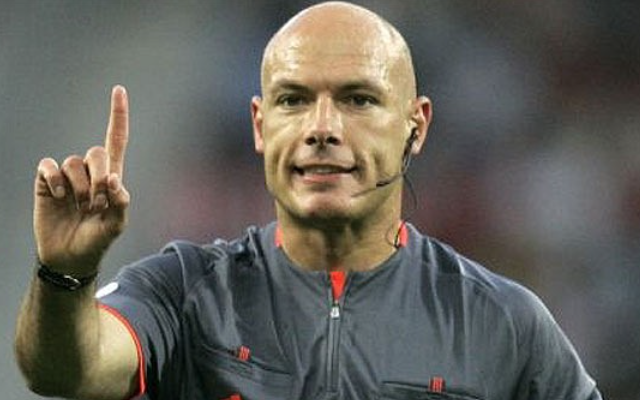