Who is the best free-kick taker in the world? Lionel Messi? Cristiano Ronaldo? How about Chelsea playmaker Willian?

The Brazilian scored his sixth club goal of the season in Tuesday’s 4-0 win over Maccabi Tel Aviv.

And, just like his previous five, it was a terrific direct free kick.

To make Willian’s contribution even more impressive, he won the free kick from which he scored.

Willian’s goal was Chelsea’s second on the night. It came on 73 minutes, adding to Gary Cahill’s 20th-minute opener.

Chelsea only went in 1-0 up at half time, but their advantage was enhanced just before the break when Maccabi defender Tal Ben Haim was given a straight red card for kicking Diego Costa.

After Willian had made it 2-0, Chelsea cruised. Oscar and Kurt Zouma got on the scoresheet to add gloss to the victory, which sees the Blues go top of Champions League Group G. 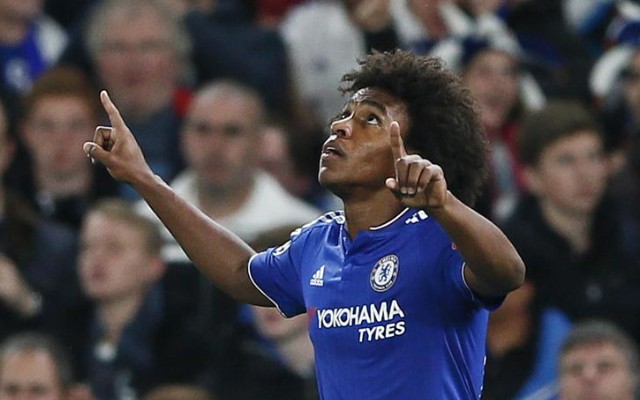