Veteran batsman Chris Rogers has been ruled out of Australia’s opening Test against the West Indies due to concussion.

Rogers was struck in the helmet by a nets bowler on Sunday and was suffering from dizzyness and a headache, according to Cricket.com.au

The 37-year-old was assessed by Dr Peter Brukner in Dominica, and it was ruled that Rogers was suffering from mild concussion and would not be allowed to play in the Test opener.

Brukner said Rogers was disappointed, but added that Cricket Australia would not take any risks with players showing signs of concussion.

“I assured Michael if it was him or anyone else we would make exactly the same decision,” Brukner is quoted as saying by Cricket.com.au.

“This is a black and white rule now. If someone is concussed, they don’t play.

“He was disappointed obviously. Obviously nobody wants to miss a Test match and he was very disappointed.

“He tried to talk me around, as they do.

“I’ve spoken to the players and explained the decision to them and said that’s the way we operate, that’s our policy and it won’t be any different no matter who the player is.”

Shaun Marsh is expected to stand-in for Rogers, while Adam Voges also remains a possibility.

The first Test in Dominica begins on Wednesday. 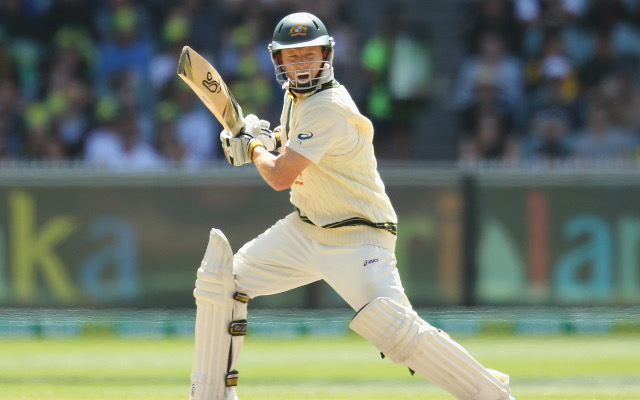