Despite rumors that Washington wants to make a clean break with RGIII soon, the team apparently wants to give it more time.

Washington has exercised its fifth-year option on the rookie contract of QB Robert Griffin III, keeping him under contract with the team through the 2016 season.

ProFootballTalk.com reported that Washington General Manager Scot McCloughan announced that the team would take on the $16 million contract year for Griffin in 2016, though the caveat to the deal is that Washington can rescind on the deal if Griffin is gets injured.

In 2012, Washington traded three first round picks to the St. Louis Rams to move up from the No. 6 pick to the No. 2 pick and draft Griffin. He made the Pro Bowl and was the 2012 NFL Offensive Rookie of the Year in his first year in the league, but he suffered a serious leg injury in the playoffs that limited his effectiveness over the next two seasons.

Griffin said he’s focused on improving in 2015 and is not concerned with Washington’s plans for him in the future.

“It’s not about talking about it; It’s about being about it,” Griffin said. “That’s what my goal is this entire offseason. You got to talk small, play big, take care of the little things for the big things and everything will fall into place.” 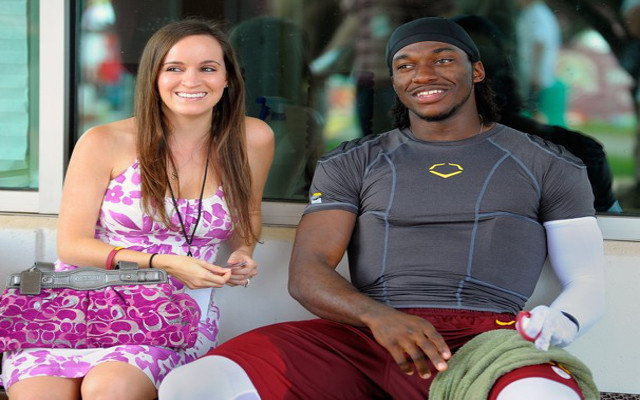