Tottenham Hotspur and Liverpool’s youth sides are in action in the Barclays Under-21 Premier League this evening.

Spurs – coached by former Aston Villa and Middlesbrough defender Ugo Ehiogu – made a flying start to the game at Stevenage’s Broadhall Way.

Ehiogu’s men took the lead inside eight minutes courtesy of a goal from Anton Walkes, but most of the credit should go to 16-year-old winger Keanan Bennetts.

Bennetts broke from his own half, burning three Liverpool defenders with his pace, before picking out Walkes with a composed pass.

As well as being highly rated at Spurs, Bennetts has a strong following on the international scene.

Last year, the Daily Mail reported that London-born Bennetts had already linked up with England and Germany’s youth sides, while Nigeria were also said to be keen on securing his services. 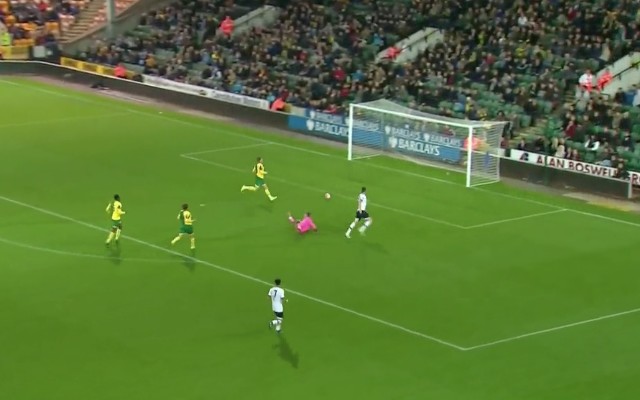