The Chicago Blackhawks have been crowned the 2015 Stanley Cup champions, as they came away with a 2-0 victory in Game 6 against the Tampa Bay Lightning.

The teams were locked in a scoreless match as they headed into the second period without a goal, but Blackhawks defenseman Duncan Keith was able to come up with a goal with just over two minutes left.

In the third period, Blackhawks right wing Patrick Kane effectively sealed the game with a goal, which was his 11th of the 2015 playoffs.

Kane’s goal came with just over five minutes left in the third period, so the Lightning were forced to roll with the empty net strategy.

This never panned out as Blackhawks goaltender Corey Crawford held strong for a shutout that consisted of 25 saves.

Lightning goalie Ben Bishop made 30 saves on 32 shots taken against him.

Keith took home the Conn Smythe Trophy, as he came up with a total of 21 points for the Blackhawks throughout the playoffs as he led a strong defense that neutralized high-octane scoring attacks led by teams like the Lightning and Anaheim Ducks.

This marks the Blackhawks’ third Stanley Cup championship in the last six years. Here is a video of captain and left wing Jonathan Toews raising the Stanley Cup. 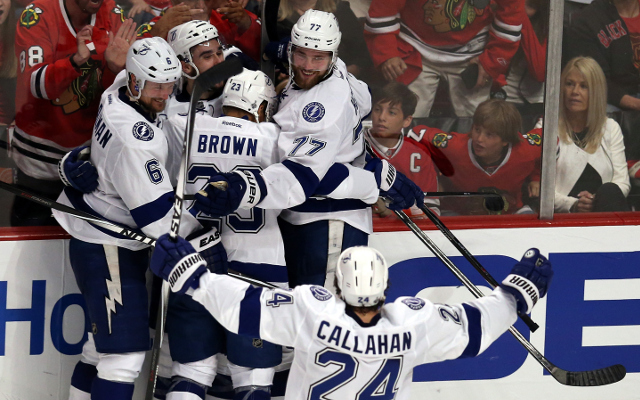