Scots bounce back from England defeat to see off Italy at Murrayfield.

Scotland rebounded from their drubbing at the hands of England at Twickenham to defeat Italy 34-10 in a Six Nations match at Murrayfield.

Leading 13-3 at half-time, the Scots ran in four opportunistic tries from Tim Visser, Matt Scott Stuart Hogg and Sean Lamont, with Greig Laidlaw supplying the rest of the points from the boot.

“Brilliant, delighted for the crowd,” said Laidlaw. “It’s been a rough time for us and we spoke about taking our emotions onto the field and what it felt like to be playing for Scotland.

“But we are not getting carried away, we have to go away and understand how we won this game and take it from there.”

In front of a full-house, the Scots made a rousing start with winger Visser and Ruaridh Jackson immediately in the action with piercing runs.

And Visser was denied a try by a wicked bounce as he tried to latch on to a beautifully-weighted lob from Laidlaw.

Having weathered the early storm, the Italians, victors over France last weekend, replied in positive fashion.

They were handed a clear-cut chance to break the deadlock when lock Jim Hamilton was offside in a maul – but Luciano Orquera shook his head in disbelief as the ball crashed back from the post.

Italy kept up the momentum and only some excellent foraging work by Rob Harley stepped the tide in the short term.

Then a huge clearance from full back Hogg eased the pressure further.

That was the cue for Hamilton and Johnnie Beattie to test the visiting defence with powerful runs, which led to a penalty opportunity for Laidlaw – which he confidently took from 35 metres to give his side the lead against the run of play.

Laidlaw’s strike prompted the Italians into mounting more raids at the other end, but without looking likely to break through.

Conversely, while Scotland’s attacks were not frequent – but they looked more capable of earning points.

And sure enough, Laidlaw doubled his penalty tally following a ruck offence.

Centre Scott then homed in on the line when the Italian back markers made a hash of dealing with a Sean Lamont chip.

But Scott’s dash was halted by a marvellous tackle by scrum-half Tobias Botes.

The celebrations among the home fans were only delayed for a matter of seconds as they watched Visser jinxing his way to a touchdown from 20 metres after he had taken a lovely short pass from Jackson.

Laidlaw added the extras from a tricky angle to provide Scotland with another dose of self-belief.

Italy found more fluency in the build up to the interval and they at least broke their duck through an Orquera penalty in the 39th minute.

But the Scots punished them two minutes after the restart with a try right out the top drawer.

Sean Maitland was the creator, coming off his wing and into midfield.

His offload to Scott was perfectly executed and the youngster wasn’t going to be caught this time. Laidlaw again converted.

Even better was to come for the hosts four minutes later when Hogg finished the game as a contest.

Italy looked certain to score as Orquera broke into the danger zone – only for the flying Scot to intercept his pass.

Hogg had 90 metres and at least four markers to negotiate, but he answered the challenge with verve and poise to grab a third try, giving man of the match Laidlaw an easy kick to open up a 24-point gap.

Italy made a spate of substitutions in a bid to change the pattern of the encounter, but at this stage the Scots were in total control.

Scott ploughed over again in the corner following more quick-handed work by Maitland, but the effort was chalked off for a marginally forward pass.

However, touchdown number four did come along almost immediately, courtesy of Lamont, who scooted in under the crossbar after scooping up a loose ball at the base of an unattended ruck. 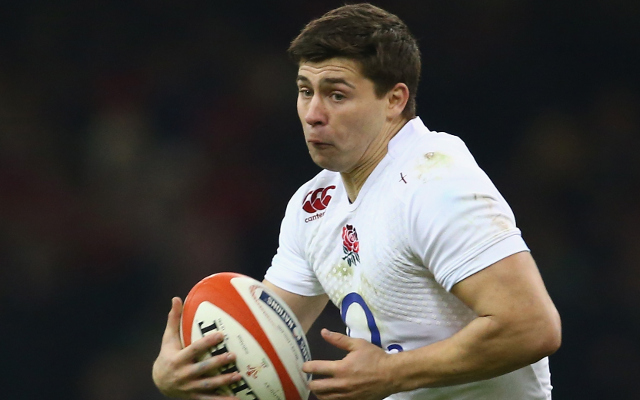