San Francisco 49ers tight end Vernon Davis is known as one of the biggest athletic specimens in the NFL, and he has continuously shown that he can leap ridiculously high.

Davis showed this in the 2013 season when he leaped over a defender after catching a pass.

Davis has underwhelmed statistically for the past two seasons, and he is looking to get back on track along with the rest of the 49ers, who are being counted out as underdogs due to many key losses.

He continued to maintain his other-worldly physique in a leg workout, and he leaped onto a pile of disc-shaped weights that were placed on a stool.

Here is a video of Davis doing an intense offseason workout while showing his incredible leg strength. 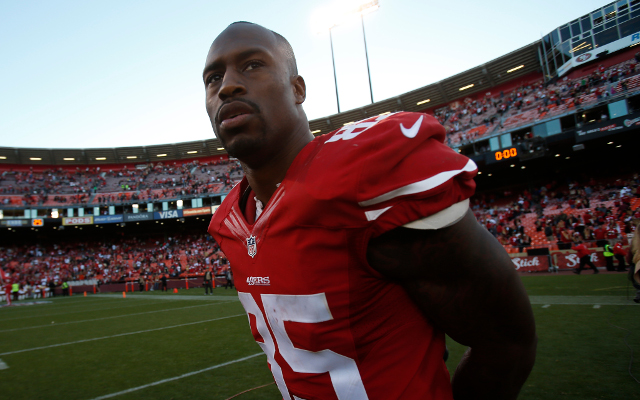 (Video) Vernon Davis is tackled by the testicles alone