Reigning Norris Trophy winner Erik Karlsson is out indefinitely and will need surgery after suffering a cut to his left Achilles tendon in the Ottawa Senators game Wednesday.

Karlsson, who won the Norris Trophy as the NHL’s top defenceman last season, was injured in the second period of the Senators 4-2 loss to the Pittsburgh Penguins.

The 22-year-old Karlsson was killing a penalty when Penguins’ forward Matt Cooke came up behind him along the boards. Cooke’s skate appeared to slice Karlsson near the left ankle.

In obvious pain, Karlsson was unable to put pressure on the leg and had to be helped off the ice. The Senators said he would need surgery to repair a torn tendon and could be gone for the season.

“Injuries are a part of the game. We’re going to have it re-evaluated when we get back to Ottawa.”

There was no penalty called against Cooke who is one of the most suspended players of his time. He said it was an accident.

“I feel terrible,” said Cooke. “I’m not trying to do that, obviously. It’s happened a few times over the past few years. It’s scary. I was trying to hit him. Not like that.”

MacLean said: “We all know who was involved in it.”

In 14 games this season, Karlsson has six goals and 10 points. He is second in team scoring behind forward Kyle Turris, who has four goals and 11 points.

Karlsson led all Swedish defencemen in scoring in both the 2012 and 2010 World Championships. Sweden is hoping he will be healthy in time to anchor their defence at the 2014 Winter Olympics next February in Sochi, Russia. 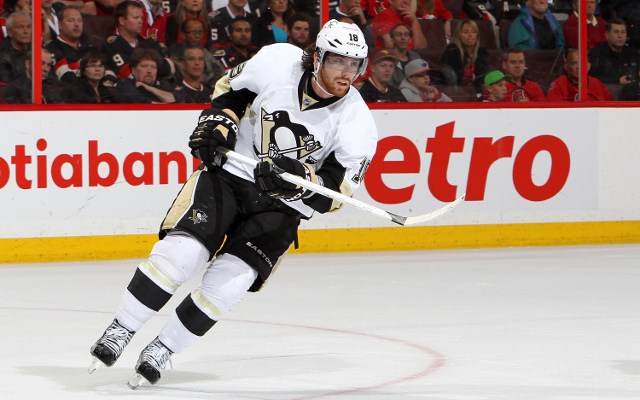 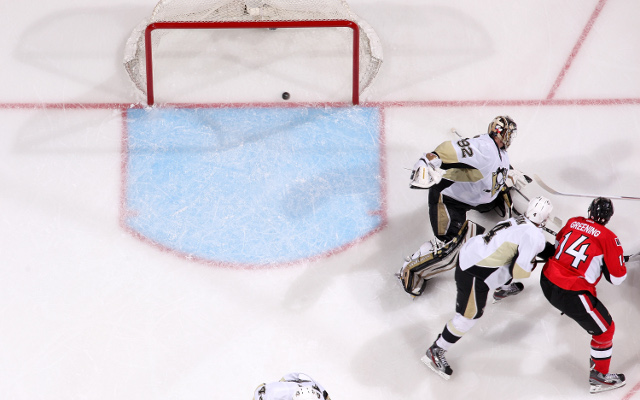