What next for the Lakers ahead of the new season?

The Los Angeles Lakers are reportedly set to amnesty Metta World Peace as their rebuilding process continues following the exit of Dwight Howard, according to NBA.com.

Formerly known as Ron Artest, MWP has been at the Staples Center for the past four years and is set to be the first casualty following the decision made by Howard in order for the franchise to save money under the salary cap as well as being in luxury tax trouble.

Kobe Bryant voiced his disapproval and sadness over the move on Twitter, although there has yet to be official confirmation of the decision.

No game 7 win without Metta! This is a tough day for laker nation #misspeace #newcbacasualty

The Lakers are looking to move on after the disappointment of seeing D12 leave after just one season in LA, with the 27-year-old citing his desire to win a championship being the reason behind his decision to leave.

Howard will now chase that dream with the Houston Rockets, while the likes Kobe Bryant, Pau Gasol, Steve Nash and the rest of the Lakers hope to see some reinforcements added ahead of next season.

Chris Kaman has started that process by agreeing to a one-year deal to shore up the front-court, although the Lakers will still have to find an able replacement for MWP.

While there is still plenty of time left in the off-season for the Lakers front office to make trade moves, it could potentially be a tough season next year if they are to continue as they are.

With Bryant not expected back from his torn Achilles tendon for a month or two into the campaign, they will hope to remain competitive at the minimum unless they can add some names to the roster over the coming months.

However, that would appear unlikely given their financial position, and it is more likely that this current roster will continue into 2014, when the franchise can then attack the free agency market. 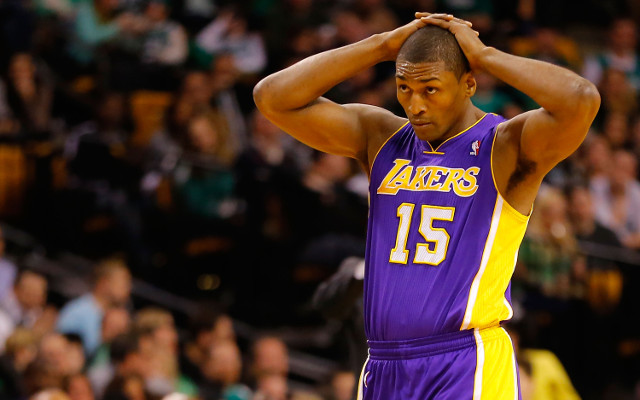