Former title holder hell-bent on getting the heavyweight belt back at UFC 166.

The score is 1-1 between Junior dos Santos and Cain Velasquez and only one man will leave with the tally in their favor after UFC 166 in Houston.

The tagline for the October 19 event is ‘History is written by the winner’ and if you listen to dos Santos, he will be the teacher handing out the lessons to the champion.

Last time the pair met the Brazilian copped one the worst beating in his distinguished UFC career, but testament to his toughness, he survived the five round onslaught, to lose the belt in a unanimous fashion.

fanatix wants to know if you think Velasquez will keep the belt or if dos Santos will become the new champion? 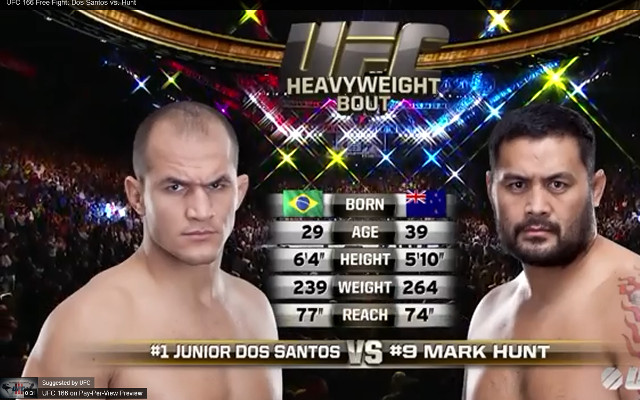