Unfortunately for the Denver Nuggets, their winning run has slipped under the radar for many as the Miami Heat continue to break NBA records.

However, on Tuesday night they would have finally made a few more people sit up and take notice as they sealed a 114-104 on the road against Oklahoma City Thunder.

The Nuggets have now won 13 consecutive games and having built their success at home, currently holding a 30-3 record, their win in Oklahoma City will come as an even bigger shock-wave.

Five players finished in double scoring figures, with Ty Lawson leading the way with 25 points. However, a lot of their success is also down to Kenneth ‘Manimal’ Faried, who finished the game with a double-double, with 13 points and 15 rebounds.

The Thunder had 34 points from Kevin Durant and 25 from Russell Westbrook, but it wasn’t enough as the Nuggets continue to look a dangerous team heading into the play-offs. 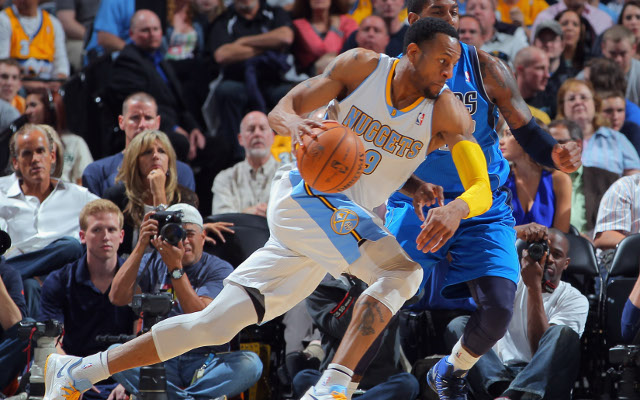 (Video) Andre Iguodala set to opt out of Nuggets contract