The 26-year-old Kershaw, who struck out a career-high 15, had his bid for a perfect game spoiled on a throwing error by Dodger shortstop Hanley Ramirez in the seventh inning.

It was the 22nd no-hitter in Dodger franchise history, including the 12th since the Major League Baseball club relocated from Brooklyn.

This marks the second no-hitter thrown by a Los Angeles pitcher this season. Josh Beckett tossed his first career no-hitter against the Philadelphia Phillies on May 25.

Kershaw, who improved to seven wins and two losses this season, threw 107 pitches, did not walk a batter and won his fourth consecutive start.

Kershaw retired the first 18 batters he faced before Corey Dickerson reached base to start the seventh. Dickerson hit a dribbler to Ramirez and the shortstop threw wildly to first.

The no-hitter was then in danger when Troy Tulowitzki hit a sharp grounder down the third-base line. Miguel Rojas made a nice stop and finished off the long throw to first base for the out.

The only perfect game in Dodgers’ history came from Sandy Koufax in 1965. 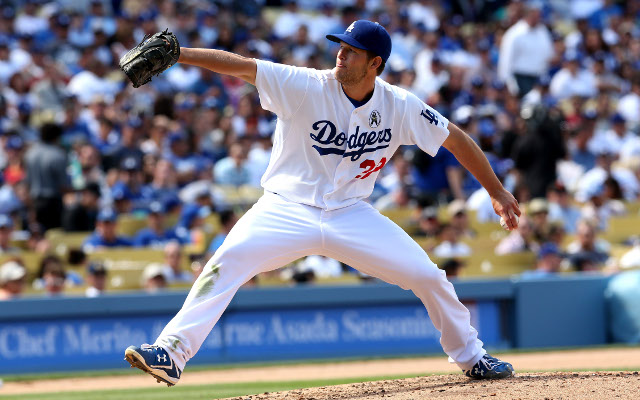