Carlton star Chris Yarran has been sent straight to the tribunal for striking Essendon’s Paul Chapman during the Blues’ 21-point loss on Sunday.

Yarran threw two punches at the Bombers veteran, the second of which struck Chapman just above the eye.

Chapman was forced to leave the field as blood gushed from his head and was later tested for concussion following the first quarter incident.

The punch forced Chapman to receive stitches above his eye after the game, with the AFL’s Match Review Panel deeming Yarran’s action’s to be intentional conduct with high impact to the head, according to a statement.

No guilty plea has been offered, however Yarran does not have an applicable bad record.

Check out the incident between Yarran and Chapman below:

Yarran was not the only player in trouble with the AFL MRP, with nine Adelaide and Melbourne players fined for their involvement in a melee on Saturday.

Chris Yarran commits to Carlton for another two years 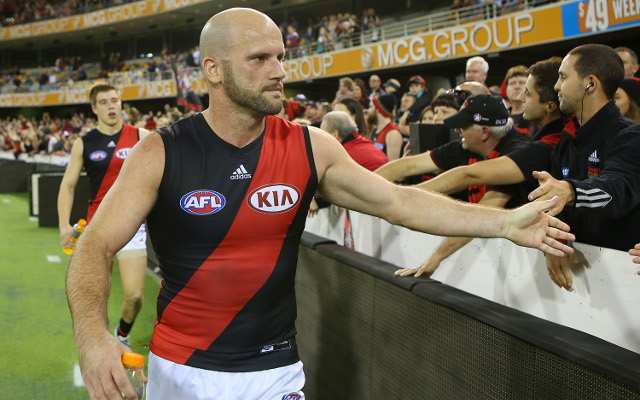