Chris Eubank Jr has signed with Matchroom and will make his debut under the promotional banner on the Kell Brook undercard in Sheffield on October 24.

Eubank Sr has had nothing but positive things to say about his son in the past, and believes that he may well even be a more talented fighter than he was.

Nevertheless, Eubank Jr, (19-1, 14 KOs), will start a new chapter in his career after joining up with Eddie Hearn at Matchoom, while it has also been reported by Sky Sports that Adam Booth has been brought in as coach.

The 26-year-old middleweight has been defeated just once in his career having lost to bitter rival Billy Joe Saunders on a split decision last year, with the British, Commonwealth and European titles on the line.

However, he claimed a stoppage win over Dmitry Chudinov shortly after to bounce back and get back on track by claiming the interim WBA title.

Hearn will be hopeful that the younger generation of the two families will be as successful as their fathers, with Eubank Sr excelling with Barry Hearn during the 1980s and 1990s.

Hearn told Sky Sports: “I’m very excited to be working with Chris Eubank Jr. I’ve enjoyed seeing his career evolve and now it’s time to take it to the next level. He is an outstanding young fighter and the story tells itself.”

“It’s funny how life works out, the British public should be very excited about Chris Eubank Jr.”

Eubank Jr turned professional in 2011 and will now hope to continue to grow both in and out of the ring with his bouts set to be regularly shown on Sky Sports. 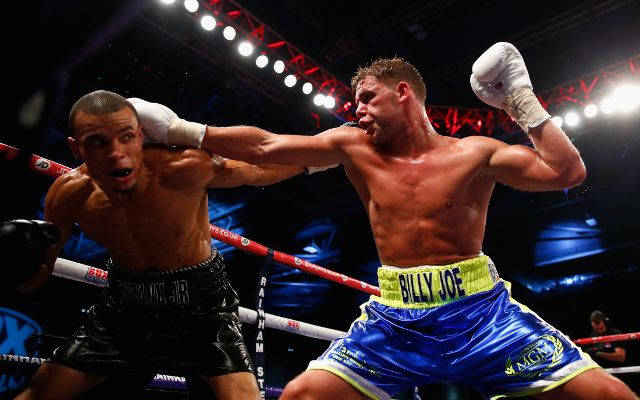