QB will not participate in passing drills despite needing to impress judges.ProFootballTalk reports that USC Quarterback Matt Barkley has decided not to throw at the Combine this week, as he does not want to aggravate a shoulder injury that prematurely ended his college career.

Despite the pressing concerns over his arm strength and his ability to be accurate on deep passes, it is a decision that will upset scouts who are trying to decide whether Barkley can become a player struggling teams can build a franchise around.

The 5th year senior still believes it is one of the most important weeks of his life and is looking forward to the occasion.

“This is probably the biggest test of my life coming up,” Barkley said.

“This is like the SAT times thousands.  I hear the whole couple days is a grind.  But I am looking forward to that challenge. I am excited about it.”

The hidden reason behind Barkley’s decision not to throw is that he does not want to throw to receivers he has never met, which could seriously affect the timings of his throws and resulting in poor passes.

A lot of highly touted QB prospects tend to wait until their teams Pro Day. Here, the draft hopefuls go through a workout in front of scouts, but in familiar surroundings, with familiar teammates who know each others moves and tendencies.

The throws and routines are scripted with absolute precision, aiming to highlight every skill the QB has, while reducing the chances of poorly thrown balls and dropped passes.

The problem with this year is that there are no standout QB’s available for teams that are desperate for such a player are particularly impressed by. The prospects should be taking every potential opportunity to impress the scouts who will make the final decision on whether they are deemed good enough to play for their team.

The USC player is certainly in that category. Coming off a mediocre 2012 season, he needs to show that he can be a franchise Quarterback, and opting to not throw at the Combine will leave some teams guessing as to whether he is truly confident in his own ability to produce the skills needed under unfamiliar surroundings. 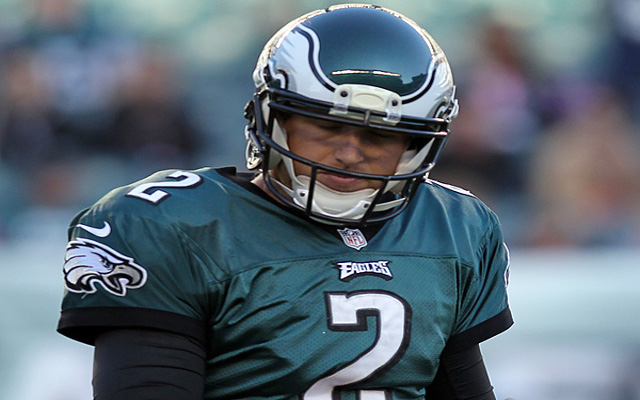