A roundup of Friday’s transfer gossip.

Southampton are ready to make midfielder Morgan Schneiderlin, 25, their highest paid player and stop him going to Arsenal – (Daily Mirror)

Juventus are ready to listen for bids for 22-year-old Spanish striker Alvaro Morata, who is a reported target for Liverpool and Arsenal – (Metro)

Republic of Ireland defender Sean St Ledger, 30, who has been without a club since leaving Ipswich in December, has signed for Orlando City of Major League Soccer in the USA – (MLS)

The agent of Juventus midfielder Paul Pogba, 21, has said that the France midfielder could yet decide to stay at the Italian club despite interest from Paris St-Germain, Manchester City and Chelsea – (Daily Mail)

Former England and Manchester United midfielder Ray Wilkins believes the Old Trafford club will reject the option to make Colombia striker Radamel Falcao’s loan move permanent this summer – because he looks a shadow of the player he once was.(talkSPORT) 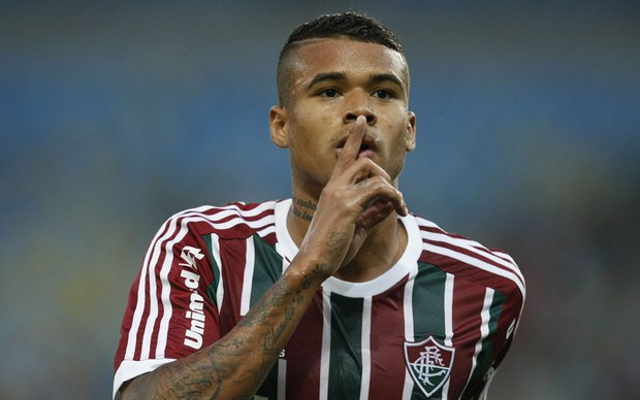 Manchester United have made a £5.7m bid to sign Brazilian attacker Kenedy, 19 – dubbed the ‘new Neymar’ – in the summer – (Metro)

Senior police officers want the Premier League to give them the right of veto over the televised Friday night matches introduced under the latest television deal, which starts in 2016-17 – (Independent)

Manchester United boss Louis van Gaal says he is irritated by suggestions of a rift between him and assistant manager Ryan Giggs, and claimed they have a good relationship – (Independent)

West Brom striker Brown Ideye, 26, has revealed his mother banned him from playing football on the streets of Lagos, Nigeria, when he was 14 because she feared he would get caught up in criminal gangs – (Daily Mail)

Everton manager Roberto Martinez says defeats at Arsenal and Stoke were “heartbreaking”, with his side collecting only 11 points from their last 16 league matches – (Liverpool Echo)

Mesut Ozil’s reputation among some Arsenal fans as a lazy player has been disproved by stats which show that, since his return from injury, no Gunners player has run further – (Daily Telegraph)