Ahead of the Spurs v Blues clash on Saturday AVB tells all.

Tottenham Hotspur take on Chelsea on Saturday as Andre Villas-Boas takes on Jose Mourinho for the first time as a manager.

The Spurs boss used to work under Mourinho the first time the 50-year-old was in charge at Stamford Bridge and has now revealed some home truths about the Portuguese maestro.

Villas-Boas has revealed that the relationship between the pair was stretched whilst in west London and it could be less than a friendly exchange between the duo. 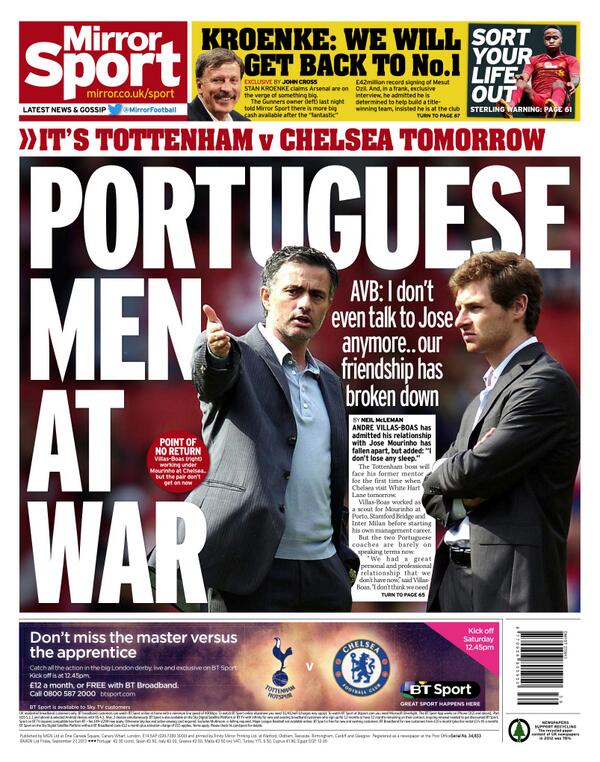 AVB has said that the elder of the two snubbed the 35-year-old when the Tottenham ace wanted to make the step-up to No.2 at the Bridge.

The Daily Star has gone with the breakdown in the relationship as their leading story on the back page. 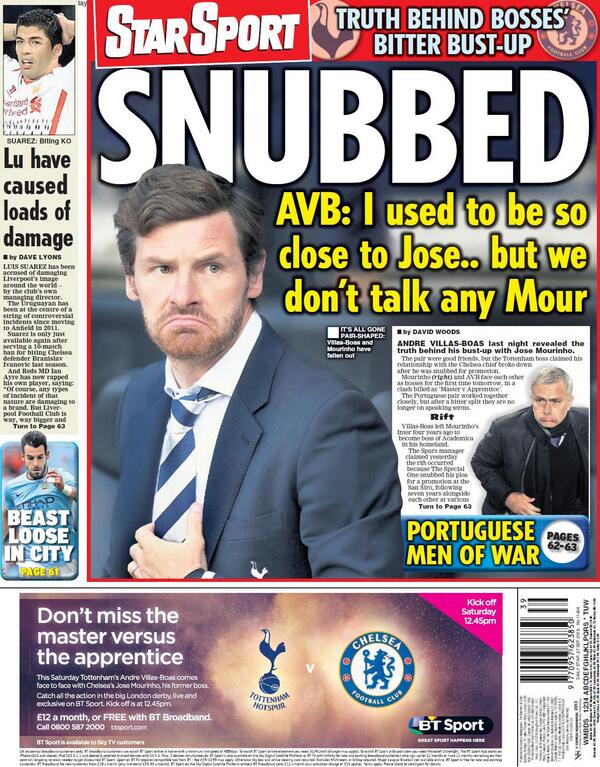 It’s also a similar story in the Daily Mail, as the build-up to the London clash between the clubs seems to be reaching boiling point. 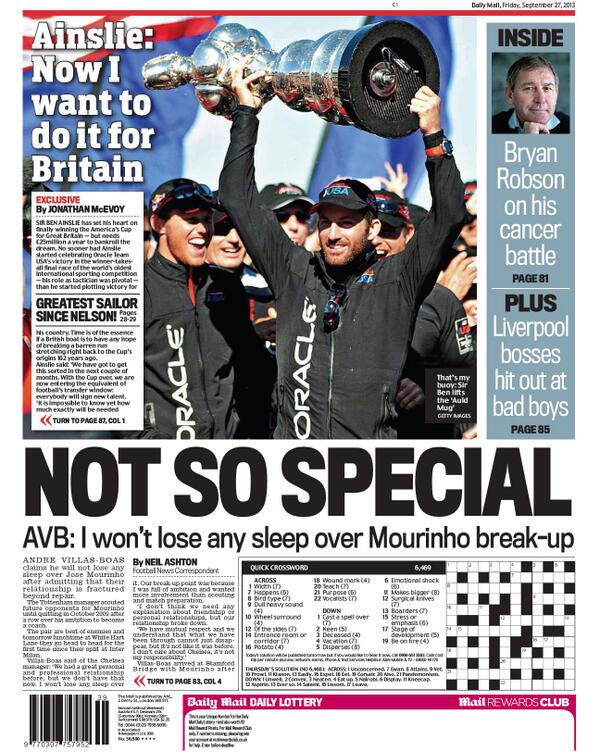