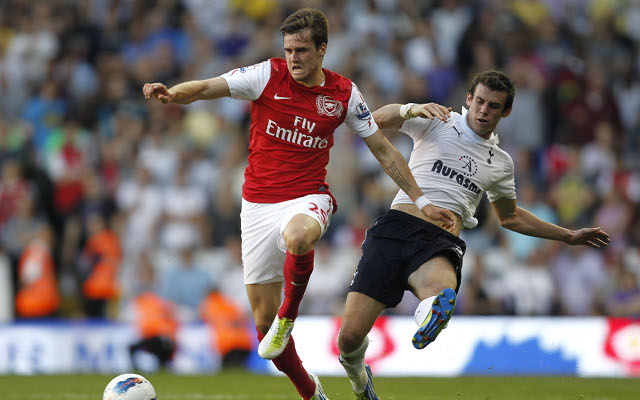 With Bacary Sagna ruled out, the task of marshalling the right side of Arsenal’s defence will likely fall to 21-year-old Jenkinson. With Bale spending an increasing amount of time centrally of late, the young full-back will be spared an entire afternoon up against the roving Welshman but there is no doubt who will come out on top if Bale does decided to drift onto his favoured flank.

The former Southampton man has the pace, skill and strength to destroy Jenkinson one-on-one and, with Emmanuel Adebayor bound to be fired up in a central striking role, Bale’s delivery from wide areas could be crucial for Spurs. Arsene Wenger has insisted the Gunners have no special plans for Bale, but it’s likely the Frenchman will deploy an orthodox holding midfielder to stop the Wales international finding space between the lines.