Kieran Trippier’s concession of a penalty allowed the Azerbaijani champions to take a seventh-minute lead, but Son scored twice in two minutes to turn the game around by the half-hour mark.

His double on home debut was enough to get the South Korean, who joined Spurs in a £22m move from Bayer Leverkusen according to BBC Sport, an 8/10 on our player ratings from White Hart Lane.

But how did the rest of Mauricio Pochettino’s side fare when we examined their performances?

Beaten by a good penalty. Aside from that, made a couple of decent saves and caught well from corners.

Endured a nightmare start to his Spurs bow as he jumped into a tackle to concede an early penalty. Recovered steadily although he was guilty of affording his winger too much room to cross. 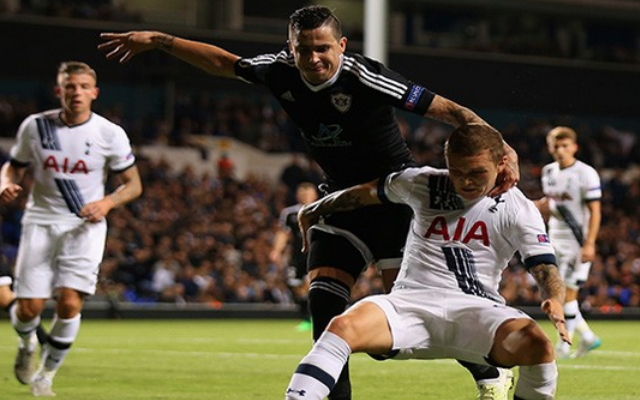 Hashed a couple of clearances, but that shouldn’t detract from a solid and composed full debut.

Missed a great headed chance late in the first half, but made a few vital interventions at the other end.

Had a nightmare defensively. Gifted Qarabag a golden chance with a risky chest to Lloris, and nearly another with a poor back-pass. Also caught the wrong side of his man on a couple of occasions. Ben Davies will be back in the team for Crystal Palace’s visit to White Hart Lane on Sunday.