The Brazilian is reportedly unhappy in Russia, after joining Zenit for £32m from Porto last summer.

Hulk worked with Villas-Boas at the Portuguese club and instrumental in helping the club to an unbeaten treble. 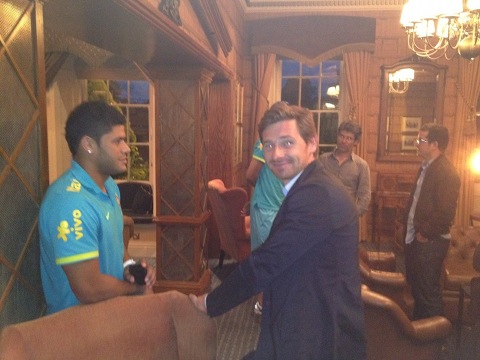 But the 26-year-old has managed just four league goals this season for Zenit and suffered racial abuse at the hands of the club’s supporters.

Villas-Boas is a known admirer of the Selecao international and was reportedly planning a dramatic summer move to bring the powerful forward to White Hart Lane.

But the Spurs head-coach has cooled talk of a potential move for Hulk, stressing that the striker is too expensive for the north London outfit.

“He was my player and scored 36 goals in one season but it’s impossible he will make a move here because of the wages that he earns, which would break our balance,” Villas-Boas is quoted as saying by ESPN.

“He may have options in the summer but to a club like Tottenham his transfer fee is also impossible.”