We select our top five young guns ready to make their mark on football’s biggest stage. 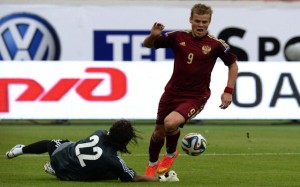 ALEKSANDR KOKORIN – STRIKER, RUSSIA
The 23-year-old is at the forefront of the new generation of Russian football. A huge talent, Anzhi Makhachkala saw enough to buy him from Dynamo Moscow for $28 million – before selling him back for the same price once Anzhi’s money had dried up. He scored important goals for Russia during qualifying (four in seven starts), and has become a mainstay in Fabio Capello’s starting XI. Quick and intelligent with an eye for goal, expect Kokorin to make waves in Brazil. 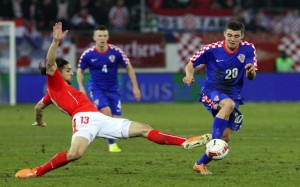 MATEO KOVACIC – MIDFIELDER, CROATIA
A superb young talent, 19-year-old Kovacic is blessed with an elegant touch and the ability to dribble past multiple opponents. Handed the no.10 shirt when he signed at Inter last year, he has shown glimpses of the outrageous talent he possesses when given the opportunity under new manger Walter Mazzarri. He will line up alongside La-Liga duo Luka Modric and Ivan Rakitic to create perhaps one of the most technically gifted midfields in the tournament. 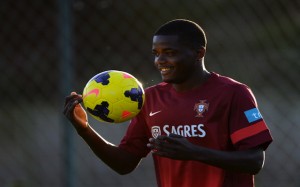 WILLIAM CARVALHO – MIDFIELDER, PORTUGAL
The imposing 22-year-old midfielder is no guarantee to start for Paulo Bento’s side, as the Portugal manager usually selects his trusted experienced players, however if given the opportunity there is no doubt Carvalho has the quality to play at the highest level. He had an outstanding season at Sporting Lisbon, and with Bento’s attempt to naturalise FC Porto’s Brazilian midfielder Fernando failing to come to fruition, expect Carvalho to make an impact at the World Cup. 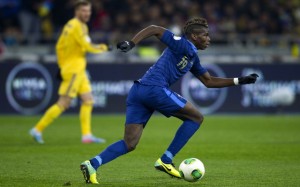 PAUL POGBA – MIDFIELDER, FRANCE
It’s hard to believe that the Juventus midfielder is still only 21 years of age, such is the maturity and quality he shows on the pitch. Not only blessed with superb technical quality, Pogba is a big physical presence and is being compared to none other than French legend Patrick Vieira. Still nowhere near his prime, it’s scary to think how good he could get. France’s Group E opponents Switzerland, Ecuador and Honduras are no doubt worried already. 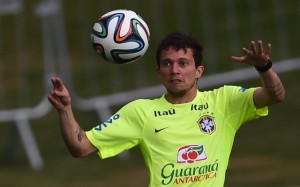 BERNARD – WINGER, BRAZIL
The skilful Shakhtar Donetsk winger is one of the most exciting prospects in a Brazilian squad brimming with incredible talent. The 21-year-old is the youngest player in the squad, but he is fully expected to play a role in the World Cup for Luiz Felipe Scolari just as he did when Brazil triumphed in last year’s Confederations Cup. Bernard has all the qualities you would expect in a tricky winger, but also has an eye for goal. Definitely one to watch.