Taking a closer look at why Belgium failed to impress at the 2014 World Cup.

Every four years, and in some cases every two, English fans are put through the tilt-o-whirl of emotions that comes with a major international tournament. The expectations amongst themselves, coupled with the hype from the press always make that brutal cocktail of wide-eyed hope and inevitable defeat an even more difficult blow to absorb.

In the year 2000, as Belgium prepared to co-host the European Championships, expectations on their latest golden generation were at an all time high. However, sadly, Turkey pipped them to a place in the last 16, and messers Nilis, Staelens and Wilmots were sent on an early summer break, much to the dismay of those in the stands.

No matter, the Belgian FA thought, the World Cup in 2002 is right around the corner and with it the chance to put it all right. This time, a few veterans down, Belgium actually managed to make it out of the group, but succumbed to eventual winners Brazil in the next round.

No shame in that, but it proved to be their final appearance at a major tournament until they qualified for this year’s event, and the current crop populating the squad have even been touted as dark horses for the title.

In the years following the 2002 World Cup, the Belgian FA’s technical director Michel Sablon sought to stop the rot at the heart of the country’s football league and restructure their whole operation. In doing so he unearthed a whole new generation of talent that have once again permeated the consciousness of the football zeitgeist.

But what went wrong this time? An appearance in the quarter finals isn’t a bad outcome, but given the relatively easy path to it, why couldn’t Belgium justify the excitement that surrounded them before the tournament?

The Premier League now houses 17 of the country’s internationals, and a starting XI of English-based Belgians wouldn’t have been entirely out of the question. But there’s just one problem; several of them had suffered an alarming dip in fortunes.

In goal, Simon Mignolet’s rich early-season form had deserted him, and he now looks to have slipped further behind the young Thibaut Courtois, who enjoyed another excellent year with Atletico Madrid.

At the back, Toby Alderweireld has failed to establish himself in Atletico’s starting line up after his move from Ajax last summer. The 24-year-old had been touted as one of Europe’s hottest defenders and was courted by a number of top clubs, but he featured more for his country in Brazil than he had in La Liga last year, and it was no surprise to see why he was so rusty.

Elsewhere, Thomas Vermaelen had a tough time at Arsenal, and is now firmly entrenched on the bench, whilst Jan Vertonghen has made no bones about his unhappiness at Spurs. Vincent Kompany, who is had a strong end to the season, despite having to contend with a number of stifling injuries that clearly took their toll on his body.

The midfield is where their problems truly were, though. With no less than five of their most influential performers having difficult campaigns, it was a tall order for them to get their minds on track before June.

Following his move to Manchester United Marouane Fellaini has found his performances widely criticised, when he actually gets on the pitch that is, yet he managed to get himself into gear in time for the tournament, though not that he was anymore exciting to watch than any of the others.

Tottenham pair Nacer Chadli and Moussa Dembele have found the campaign particularly difficult, with the latter virtually non-existent to the club towards the end of Tim Sherwood’s reign, and Kevin De Bruyne, who impressed so greatly in the Bundesliga last year has had to return to Germany once again following a soul crushing stint back with Chelsea during the first half of the season.

De Bruyne still has time to turn his fortunes around, of course, and looked the part against the USA when he made the most of Romelu Lukaku’s good work to score the opener in extra time. But no such chance appears to be on the horizon for Steven Defour at Porto. The former skipper has made just a handful of appearances in Portugal, and though he was still selected, he managed to get himself sent off with a horrendous challenge in his side’s final group game against South Korea.

And finally, up front, where Belgium not long ago had two electric young strikers gunning for a starting spot, Christian Benteke essentially handed Romelu Lukaku his place after suffering a crippling ankle injury shortly before the season ended. Benteke’s absence gave way to the thrilling Divok Origi, though, who usurped Lukaku of said place to earn himself a move to Liverpool.

So a mixture of poor form over the course of a long season from some, and fatigue and malaise from the others, with Chelsea’s Eden Hazard looking outstandingly lacklustre. Critics and fans were quick to tag Belgium as ‘dark horses’ but they were really anything but. The current crop, though supremely talented, are still naive at major tournaments, and just because they made it out of the group didn’t mean they were in any shape to win the the whole thing.

It’ll be a different case in four years as this team continue to grow, and should they make it to Russia it would be no surprise to see all the names mentioned above taking flight and showing the world what they are really capable of. 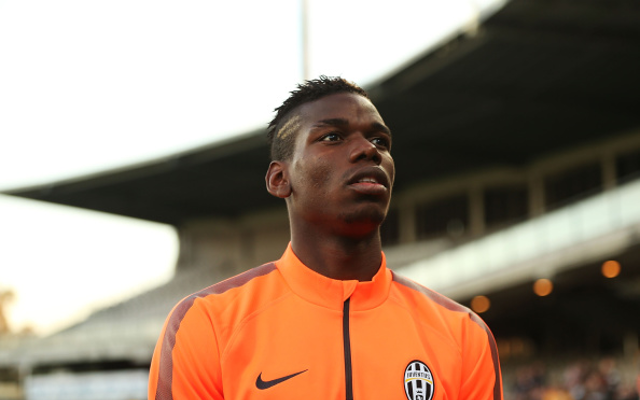 Top ten best Under 21 players in world football: Liverpool and Manchester United stars amongst the finest