It’s generally been a very unhappy time for sides from the English top tier in Europe.

The past fortnight has been absolutely disastrous for Premier League teams in Europe, with five out of six of the sides in action failing to win.

Arsenal, Manchester City and Manchester United all face a tough task to stay in the Champions League after respective 2-0 defeats in the first leg, whilst Chelsea will have wanted more from than a 1-1 draw with Galatasaray.

Meanwhile in the Europa League, a resolute display from Swansea City wasn’t enough to stop Napoli and Tottenham Hotspur were nearly undone by former manager Juande Ramos and his Dnipro side, although were eventually saved by a red card and Emmanuel Adebayor.

Here are the worst culprits from all of the games from the past two weeks. 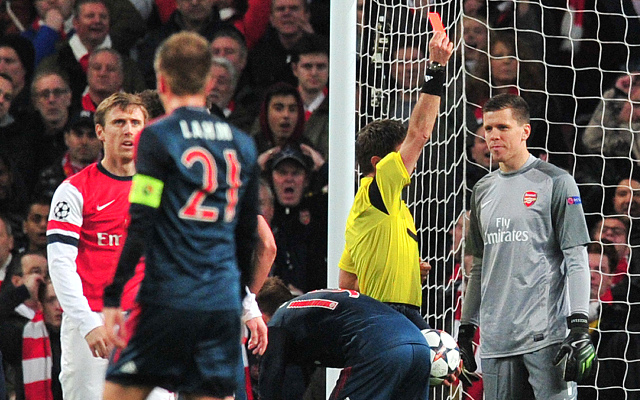 It’s generally been a good season for the Pole, but after rushing out and bringing down Arjen Robben in the box in the defeat to Bayern Munich the goalkeeper was sent off and the tie was effectively killed off.