Juventus’s brilliant Chilean reckons he’s the best on the planet! Is he…?

Juventus’ superb Chilean midfielder Arturo Vidal has claimed in a recent interview that he’s head and shoulders above any player in world football.

“I am the best player in the world in my position. That’s simply the way it is for me,” the Chile international was quoted as saying by Sport Bild.

“There are a lot of players out there in my position who try and play just like me and want to copy my style of play.

“But it’s quite clear for me that I’m the best in my role. Nobody puts in as much defensive work as I do and then scores a lot of goals on top of it as well.”

Vidal’s claims are bold, but after scoring 15 goals in just 24 starts this season for the table-topping Old Lady, he’s doing his best to justify his claims.

Perhaps the closest player to Vidal is City’s immensely powerful Ivorian midfielder. Toure has scored 12 goals in the Premier and Champions League this season, and assisted four goals for teammates too. He also has completed over 90% of his passes, but makes far less tackles and interceptions than the exceptional Chilean. Toure does have better set-piece ability, and is a bigger aerial threat thanks to his height, while Vidal is short and stocky. The Chilean undeniably scraps and harries opponents more than Toure does, who prefers to sit deep in an attempt to dictate tempo. 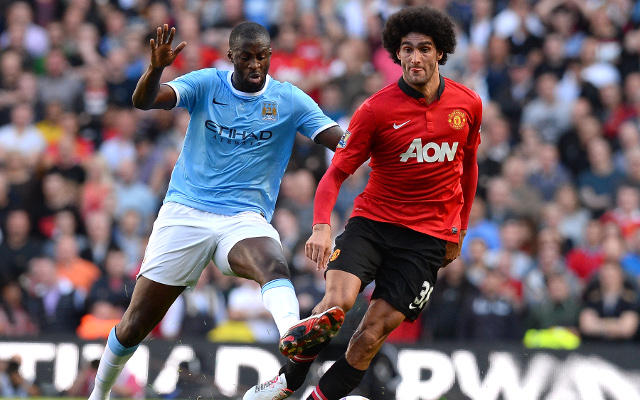