John Fox says it is the less famous players who make the difference in Super Bowls.

For all the talk of Denver’s record-setting offense and Seattle’s top-rated defense, coaches in Super Bowl 48 say an unlikely hero could decide the winner in Sunday’s championship spectacle.

“Star players have to play big but there always seems to be an unknown guy who makes a big play,” Denver coach John Fox said.

Fox and Seahawks coach Pete Carroll made their last public comments Friday ahead of the National Football League showdown at East Rutherford, New Jersey, in the first outdoor Super Bowl in a cold-weather city.

A week of pre-game hype has centered on Denver quarterback Peyton Manning, who set one-season NFL records for passing touchdowns and yardage in an attack that produced a record 606 points, and a Seattle defense that led the NFL in forcing turnovers and denying points and yardage.

“It’s a logical matchup. I really don’t think that’s what (the difference maker) is going to be,” Carroll said. “There are going to be a lot of guys battling. We do have this enormous challenge with all that Peyton has accomplished and nobody has been able to slow him down.”

Fox is hoping that continues on Sunday, with warming forecasts calling for mild winds and no rain or snow making the day easier for offenses, defenses and the kicking special teams.

“Both sides have been fairly historic in what we have accomplished,” Fox said. “I’ve got great pride in what our offense has done but it’s a team game. There are three phases of the game. It’s about who performs them best and executes the best.”

Denver has only a handful of players with Super Bowl experience and Manning, 37, is the only player in the game with a prior Super Bowl win. No player on a young Seattle squad played in a Super Bowl.

“The whole buildup, knowing it’s a global event on gameday, adds to the challenge for us to reach out there for it,” Carroll said.

“With a young team it was important to be quiet and listen and learn and be ready for the moments that would come. We have been preparing for this moment for years.

“Being here and handling it well is a statement that they have been listening and they understand the humility and handle it well. I’m excited to see how they handle it on gameday after the long journey we have had.”

Fox is cautious about the protection Manning needs and the coverage his favorite receivers will face.

“They have outstanding pass rushers. They have rushers that cause havoc,” Fox said. “They have a great secondary, probably the best in the league. The speed and athleticism, that’s what sticks out to me.”

But Fox sayd Manning is ready for his chance to become the first starting quarterback to win the Super Bowl with two different teams.

“He has tremendous leadership moments,” Fox said. “He has got unbelievable work ethic and I think that’s contagious. He is very level-headed and loose right now as we expect all our players to be.”

John Elway, the Denver team operations director who quarterbacked thre Broncos to 1998 and 1999 Super Bowl wins in the team’s last trip to the big game, made a rare speech to the team after a pre-season loss to Seattle that still resonates with the Broncos.

“Hopefully he pissed them off a little bit,” Fox said. “It shook them up, woke them up. We came back a little grittier.”

Both teams will practice at the stadium on the eve of the Super Bowl after a week of workouts indoors and outside.

“Practices have gone very well,” said Carroll. “The practice set-up has been ideal and the players are ready to go.

“The trophy really does symbolize the ultimate challenge in our sport. It’s a tremendous honor and a tremendous opportunity and challenge to all of us.”

“There can only be one happy camper at the end of it,” Fox said. “And that’s the team hoisting the trophy.” 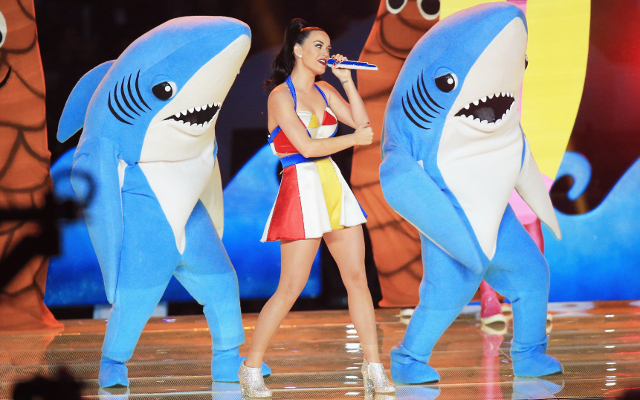