Manly Sea Eagles star Daly Cherry-Evans will replace the injured Cooper Cronk in the Maroons starting line-up against New South Wales in Origin II at the MCG next Wednesday.

Cronk has ruled out of Origin II after suffering a knee injury during Melbourne Storm’s 20-0 win over Penrith last Saturday.

The star number seven will likely also be ruled out for Origin III in Brisbane.

Cherry-Evans has big shoes to fill after Cronk’s match-winning performance in Origin I in Sydney to put the Maroons 1-0 up in the series.

Maroons coach Mal Meninga said he was confident Cherry-Evans would step up at the MCG following an indifferent start to the year with the Sea Eagles.

“Unfortunate circumstances for Cooper, he would have loved to have played here… but Daly comes into the side and he’s been there and done that before,” Meninga is quoted as saying by NRL.com.

“He’s been apart of the side for a number of years and we are very confident he will get the job done.”

Cherry-Evans caused a major stir last week after backflipping on his deal with the Gold Coast Titans and says he will enjoy being out of the limelight in Melbourne.

“I’m really looking forward to getting around Melbourne and seeing it outside of the sporting arena.

“Being away in Melbourne I’m sure there’s plenty of coffee to be drunk and plenty of shopping to be done. So I’m more than happy outside of the training area to check out Melbourne for what it’s worth.”

The Maroons also named Josh Papalii, Dane Gagai and Korbin Sims as part of an extended squad that will travel to the Victorian capital. 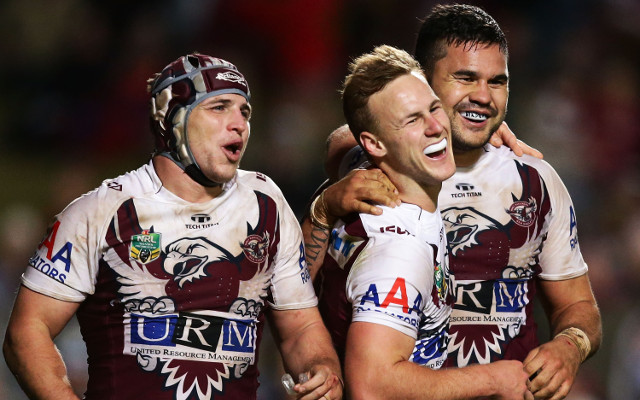