Michigan State basketball is on a high right now after making an underdog run to the Final Four as a No. 7 seed, and their program is picking up even more as a result.

The 6-foot-9 center Caleb Swanigan has announced his decision to commit to the Spartans after narrowing his list down to seven schools.

Swanigan’s commitment marks the second McDonald’s All-American player in the Spartans’ 2015 recruiting class, which is a first for Michigan State head coach Tom Izzo in 12 years.

Fellow 6-foot-8 big man Deyonta Davis is the other McDonald’s All-American to join the Spartans, and he ranks 16th overall in the ESPN rankings.

Other McDonald’s All-Americans that Tom Izzo has landed in the past includes Zach Randolph and Shannon Brown, who were respectively recruited in 2000 and 2003.

Swanigan and Davis will help the Spartans maintain their strong defense as they look to adjust to life without forward Branden Dawson. 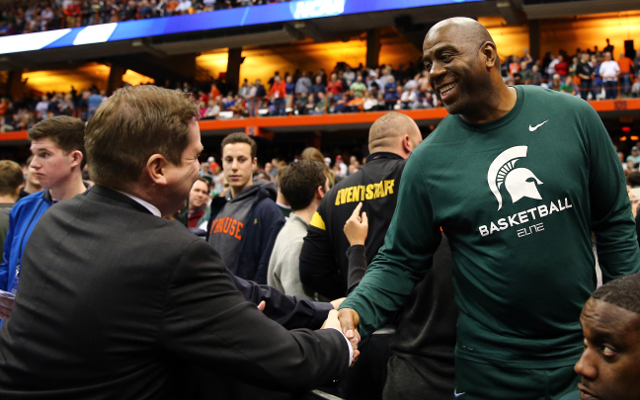