St George star Josh Dugan may miss up to three months of action after limping off during his side’s loss to the Melbourne Storm on Monday.

Dugan left the field with 12 minutes to play, with Dragons officials fearing the fullback had suffered a ankle syndesmosis injury, according to Fairfax Media.

The 24-year-old left the stadium in a moonboot and on crutches and will undergo scans on Tuesday to determine the extent of the injury.

“His ankle doesn’t look really good at the moment. It looks like he has had a high ankle sprain. He is in a boot and on crutches at the moment so he’ll get an MRI scan most likely on Tuesday,” Dragons physio Dan Lawson told NRL.com.

“We’ll know the full extent of his injury. The first indicators, though, are not great.

Dugan suffered a similar injury whilst playing for the Canberra Raiders in 2011 and missed a heavy chunk of the NRL season.

St George face a fired-up Wests Tigers next Monday, who go into the match following a heart-stopping win over the embattled Gold Coast Titans. 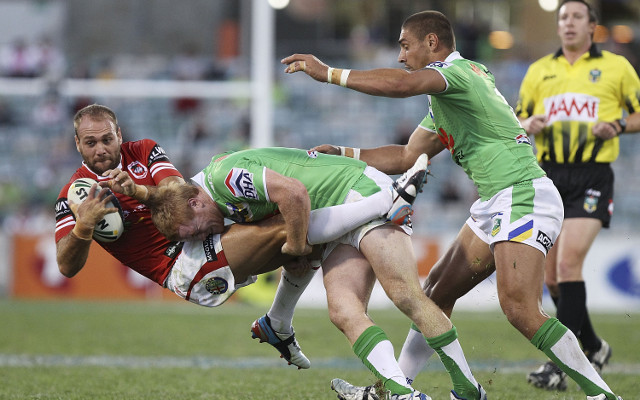