Arsenal have apparently been told that they can sign Borussia Dortmund’s Mats Hummels for £47 million, reports the Daily Star.

However, this astronomical price tag may be too much for the notoriously thrifty Arsene Wenger so here are six alternatives for the North London club… 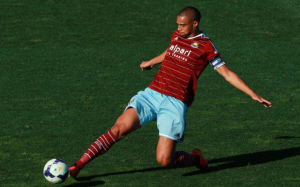 The Kiwi has been playing well as part of a Hammers side who have made a strong start to the season. He would be available for a good price as his contract ends in the summer.