‘Canelo’ lives up to the hype to add another championship to his waist.

Mexico’s Alvarez remained unbeaten, improving to 42-0-1 with 30 knockouts as he retained his WBC title and handed Trout the first defeat of his career to capture the American’s WBA belt.

“This is for my brother,” said Alvarez, whose brother Rigoberto was beaten by Trout in 2011 for the vacant WBA light middlewight crown. “It was a big motivation for this fight.”

Alvarez landed a sharp straight right that knocked down Trout seconds into the seventh round — the first time the American had ever been down.

Trout acknowledged that the hard-punching Alvarez surprised him with his boxing skills and quickness.

Thanks to the semi-open scoring system, Alvarez’s corner could advise their fighter he was ahead through eight rounds.

He went into defensive mode from there, but still won easily.

“Austin Trout is a very difficult fighter,” Alvarez said. “He’s a southpaw. But we were more intelligent in this fight today — and the better the opponent is, the better we will get.”

The crowd of nearly 40,000 at San Antonio’s Alamodome was pro-Alvarez, and the 22-year-old from Guadalajara appreciated their backing.

“I have a big responsibility and I’m very grateful to this crowd for their support,” he said. 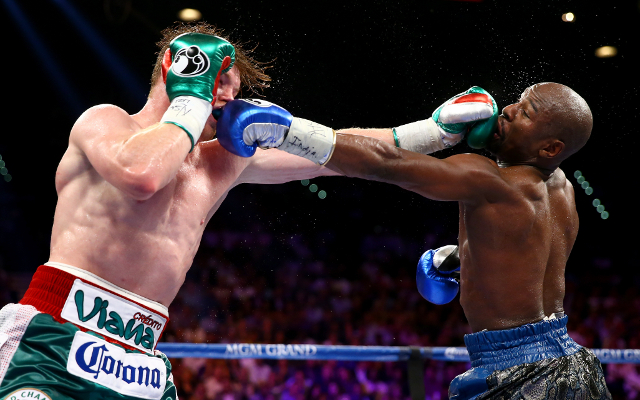 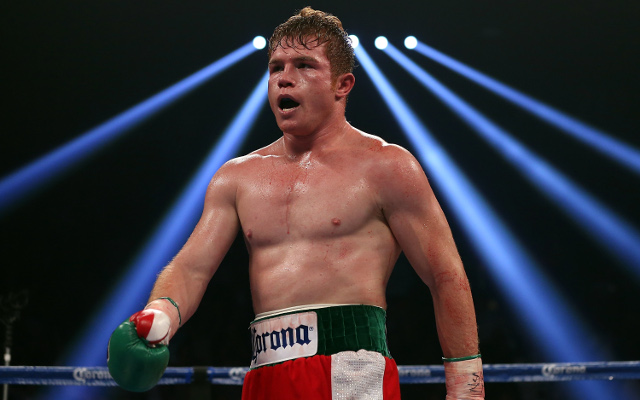 Saul “Canelo” Alvarez announces his next fight, set for March 8 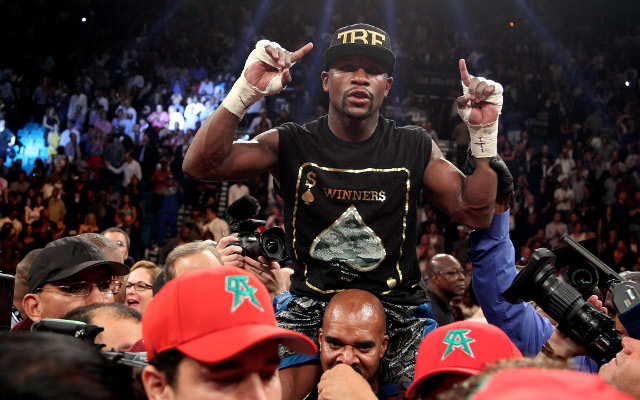