A copy of a New Jersey court summons for next week, obtained by Baltimore television station WJZ, showed that the three-time All-Pro rusher was charged with simple assault and domestic violence.

The altercation with Janay Palmer in an elevator of the Revel Casino early last Saturday also saw Palmer charged with simple assault and domestic violence for allegedly hitting Rice.

The court document stated that Rice had struck Palmer with his hand, rendering her unconscious. 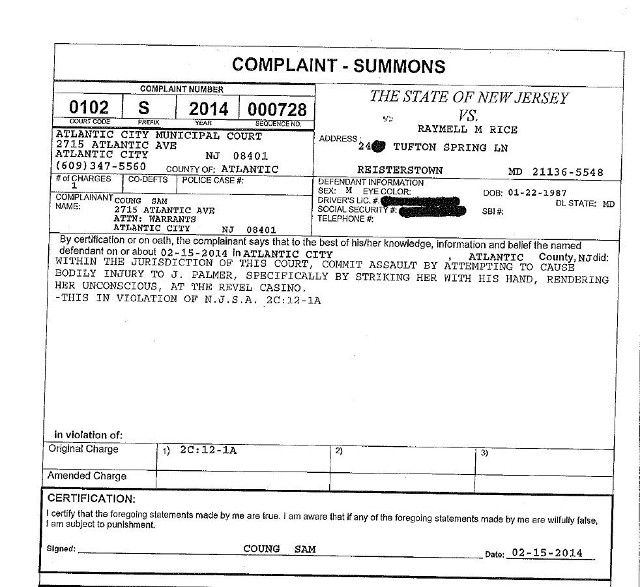 A surveillance video of the incident showed Rice, 27, dragging a motionless Palmer out of an elevator.

Rice, who signed a five-year National Football League contract worth $35 million before the start of the 2012 season, struggled through the worst campaign of his career last season, running for 660 yards and averaging a career-low 3.1 yards a carry.