How all the head coaches have ranked from a season of sacking.

As the 2013/14 Premier League season draws to a close only 12 of the 20 teams in the division will end with the same managers they started with – as it stands.

So fanatix has decided to take a look back at the 28 permanent bosses that have taken charge in the English top flight this campaign and rank them in order of success.

Managed two wins in 13 league matches and oversaw elimination from the FA Cup at the hands of League One side Sheffield United.

The first manager to be sacked this term after upsetting seemingly every player at the Stadium of Light and losing seven of their first eight games.

Second to be sacked after Di Canio and despite guiding the Eagles to promotion looked lost once making it back to the Premier League.

The first boss on the list who is still in a job, but the Manchester United legend has not impressed in the Welsh capital and the Bluebirds look destined for relegation.

Has only just won his second match as Baggies boss on Saturday in 12 attempts and the Birmingham side are still perilously close to the drop zone.

An opening day win against Sunderland was a mask to disguise how bad the Cottagers would be, with a heavy 3-0 defeat to West Brom eventually costing Jol his job. 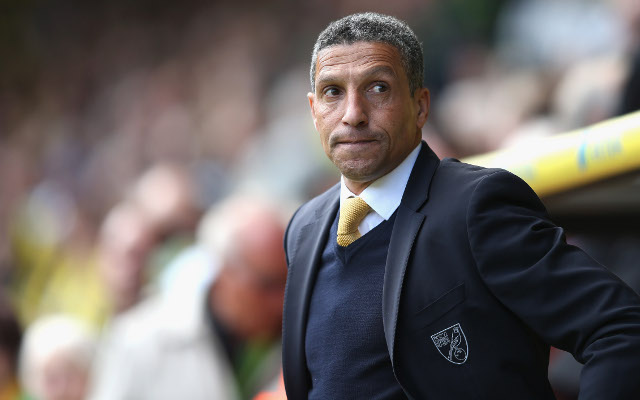 The most recent victim of sacking after losing at home on Saturday, Hughton’s plight is made by the fact the Canaries spent large sums of money on new players last summer.

After winning the League Cup last term many thought the Swans were ready for big things – especially after spending big themselves – but were disappointing and the Dane was axed.