Queensland has continued its unprecedented winning run in State of Origin after claiming their eighth series in a row, defeating the New South Wales Blues 12-10 at ANZ Stadium.

In what was a see-sawing game, the Maroons were under the pump as they battled stiff defence and a home side with a penalty count well in their favour.

But the experience of the Queensland side told in the end, as they hung on despite bizarre scenes in the finals seconds.

A streaker invaded the pitch before going to ground in the middle of the play, with security staff and police jumping on him to apprehend him.

In the midst of the chaos play continued and the Maroons looked to have scored, only for it to be rightfully called back.

But it mattered little as the Maroons repealed one last desperate attack by the home side, who again came up short despite their spirited effort.

New South Wales earned the first penalty of the game after a high tackle by Greg Inglis on James McManus.

Queensland looked to probe the edges of the Blues’ defence in the early going as the home side looked to scoot out of dummy-half.

A Greg Bird penalty saw Johnathan Thurston score the first try of the game in what was a soft piece of defending close to the ruck, as the Maroons jumped out to a 6-0 lead. 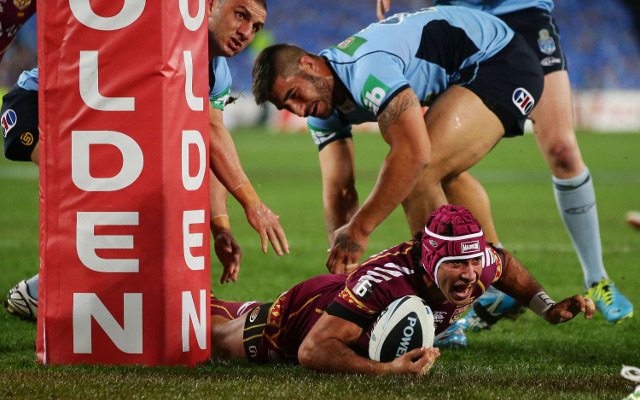 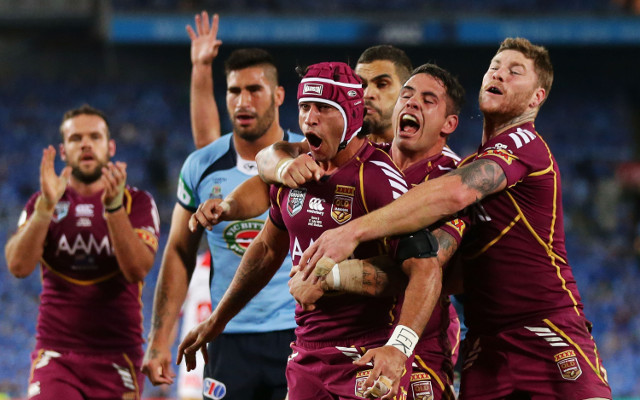 James Maloney gave away a penalty in a bad position for the Blues as the away side opted to take the shot from in front of goal.

Thurston made no mistake from an easy position as the away side opened up the lead to eight after just 13 minutes.

Queensland’s forward were able to gain easy metres up the middle of the field in what was a worrying side for the Blues’ chances.

A spilt bomb by Billy Slater just in front of his line gifted the Blues a perfect chance to hit back, but too often they elected to try and barge their way across the line rather than use the width of the field.

As a result, a loose pass from Robbie Farah from dummy-half was scooped up by Queensland as they dodged a bullet. 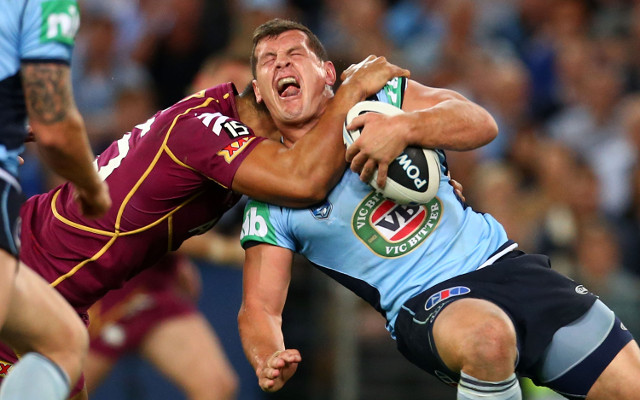 A Sam Thaiday penalty and a knock on from a kick heaped the pressure on the away side.

But again a lack of ball security and good scrambling in defence by the Maroons saw them first to a loose ball.

Anthony Watmough added plenty to the Blues side after coming off the bench, with his angled runs threatening the Maroons defensive line.

Eventually they cracked, when the ball shifted to the right edged where Josh Morris did well to stand in a tackle before finding James McManus who reached over to score. 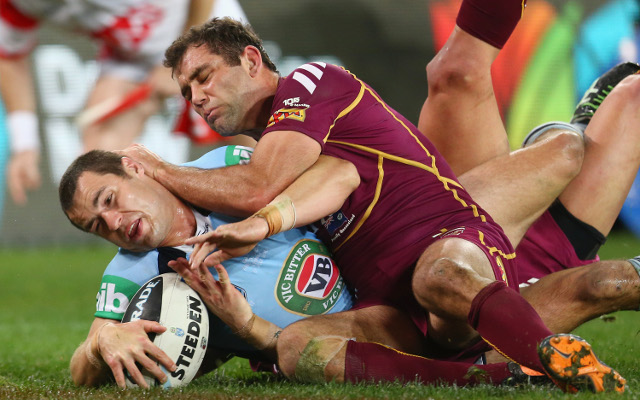 Maloney sprayed his conversion to see the left to see the score remain 8-4 after 27 minutes.

The try gave the Blues a spring to their step as they upped their pressure in defence, something that
was missing for much of game two.

On the back pressure, Josh Morris looked to have scored after an attempted grounding by Darius Boyd with the Maroons being let off the hook when replays showed one finger of downward pressure.

New South Wales have had the run of penalties in the first half, as he home side looked very dangerous towards the end of the first half.

However, New South Wales were unable to crack the Queensland line, in what was a lost opportunity for the home side as they trailed 8-4 at half-time.

Andrew Fifita continued his stellar game to date as he got an excellent off-load away to Josh Dugan who could not haul in what was a good pass, with a line-break threatening.

Rising star Boyd Cordner made his Origin debut in the 49th minute as the Maroons continued to give away penalties with the count 8-2.

A repeat set for Queensland resulting from a charge down failed to resulting in an attacking chance, as the Maroons showed signs of frustration were creeping in.

A simple McManus knock-on placed the Blues under enormous  pressure which they withstood in what was a boost for their confidence.

Blues backrower Luke Lewis went off with a torn calf muscle and would not play in the final 20 minutes of the game.

Queensland scored a vital try when Justin Hodges burst onto a short pass to give his side a vital gap after being under the pump.

The try sparked wild celebrations as the away side took a giant stride towards securing their eighth Origin title in a row. 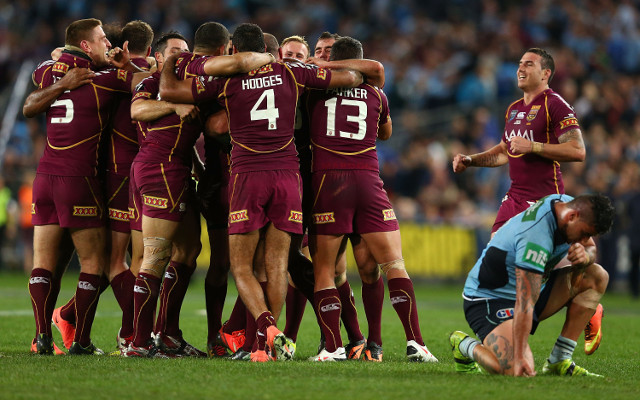 However, Thurston could not add the extras as the score remained 12-4 to Queensland with a quarter left in the clash.

A near knock-on by Trent Merrin in back-play allowed the Blues a try through to the St George prop as he crashed over under the posts in what was a vital try for his side.

Maloney converted the try and the score became 12-10 with just over eight minutes left in the game.

In a bizarre situation Queensland, scored after an obstruction was created by security tackling
a person to the ground in the middle of the play.

As a result the Maroons earned a scrum 10m out from the line, and while New South Wales were able to hang on, they rolled the dice but McManus was bundled into touch with just seconds remaining.

State of Origin: Daly Cherry-Evans ruled out of Game I, to be replaced by Michael Morgan