After having a disappointing start to his NFL career, Quinn is hoping to make a dramatic comeback…

Quarterback Brady Quinn, who has failed to live up to massive expectations since being drafted by the Cleveland Browns in the first round of the 2007 draft, is reportedly working on making a comeback.

Quinn spent three seasons with the Browns before spending another two with the Denver Broncos. He eventually hopped from team to team before being out of the NFL.

His numbers have been abysmal as he has thrown 12 touchdown passes with 17 interceptions for a 64.4 passer rating.

Quinn is currently 30 years old, so it will be hard for him to find a job on an NFL roster, even as a backup.

He was widely expected to be selected first overall by the Oakland Raiders in the 2007 draft after having a prolific career at Notre Dame, but the castoff fell to the 22nd pick before being taken by the Browns.

Quinn had thrown 69 touchdown passes with just 14 interceptions in his final two seasons at Notre Dame, including 37 touchdowns in his senior season. 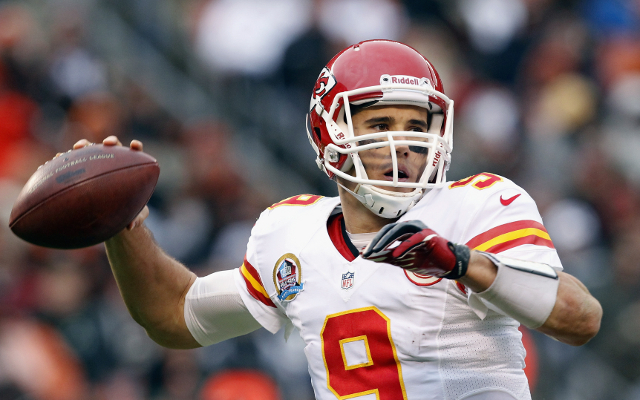