Chelsea face the team that are favourites to dethrone them as Premier League champions on Sunday as they travel to the Etihad Stadium to face Manchester City.

Following a week of scandal surrounding his medical staff, Blues boss Jose Mourinho will be eager to sink his teeth into such an important early-season game.

But what lineup will the Special One go with? Here, fanatix predicts Chelsea’s starting XI… 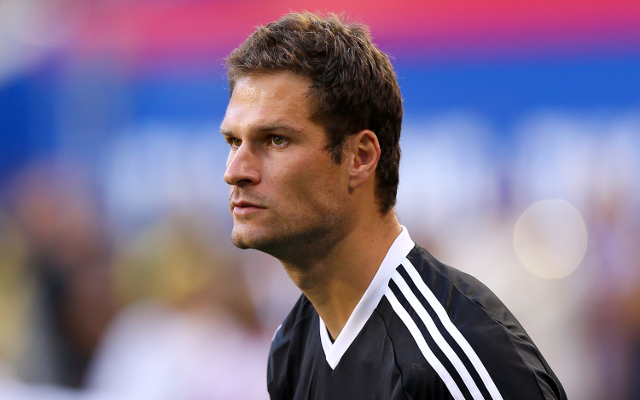 Chelsea failed to get Thibaut Courtois’ red card overturned and therefore Asmir Begovic will deputise in goal. The Bosnian may not have expected to be thrown in at the deep end so early in his Blues career, but he is a fine and experienced goalkeeper in his own right and more than up to the challenge.

Ivanovic had a rare off-day on the opening weekend as Swansea City’s Jefferson Montero gave him a torrid time. Raheem Sterling will likely be his opponent on Sunday in another tough test.

The big games are where Terry thrives, and he will be determined to lead his side to a positive result following the disappointment of the Swansea draw. Don’t rule out a goal from Chelsea’s captain either.

Cahill will need to be on top form to help his defensive partner combat the threat of the best striker in the league – Sergio Aguero. Although, the Argentine only has three goals in 10 games against Chelsea.

Jose Mourinho has claimed recently that Azpilicueta is the best left-back in the Premier League and will be expecting him to win his personal battle with fellow Spaniard Jesus Navas down the City right.