See pictures of Welbeck in training with Arsenal!

The 23-year-old met up with his new club team-mates, as well as familiar faces Jack Wilshere and Calum Chambers, ahead of this weekend’s big clash against fellow title hopefuls Manchester City at the Emirates Stadium.

Welbeck will be hoping to start upfront for Arsene Wenger’s side, and looked to take the opportunity to impress in today’s training session.

All pictures courtesy of Arsenal.com. 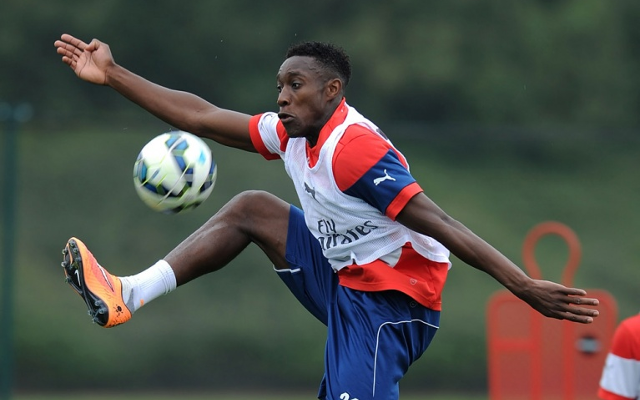 Welbeck stretches for the ball